NEW YORK (AP) - New York Gov. Andrew Cuomo responded Wednesday to an Associated Press report that his state’s coronavirus death toll in nursing homes could be a significant undercount, saying it makes sense to include only those residents who died on the home’s property.

Unlike the federal government and every other state with major outbreaks, only New York explicitly says that it counts just residents who died on nursing home property and not those who were transported to hospitals and died there.

Cuomo said if New York were to count a death as a nursing home death and a hospital death, that could lead to a “double count.” 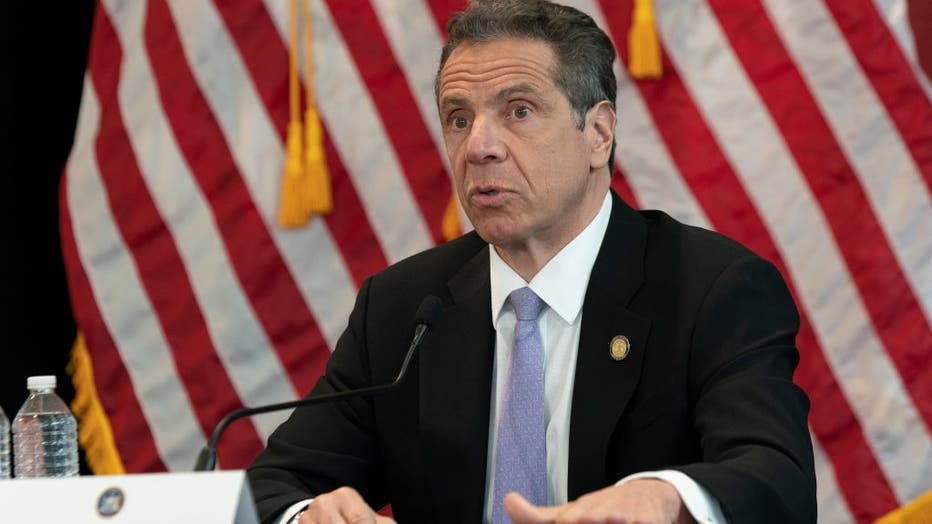 “And If I’m a nursing home operator, I say: ‘Don’t say that person died in my nursing home, because they didn’t,’” Cuomo said. ”‘They died in the hospital. And if the hospital did a better job, they wouldn’t have died. So why do I get the blame for the death when it didn’t happen in my nursing home?’ So it depends on how you want to argue it.”

Some New York lawmakers have accused Cuomo’s administration of refusing to divulge the complete count to make it appear that his state is doing better than others on the nursing home crisis and make a tragic situation less dire.

AP’s report found that New York’s official care home death count of more than 6,620 is not only an undercount but that it is likely undercounted by thousands of deaths. It noted how a separate federal count since May included resident deaths in hospitals and was 65 percent higher than the comparable state count that didn’t.

New York’s count allows it to tout a percentage of nursing home deaths among its overall deaths that is 20%, as much as three times smaller than neighboring states. If New York was even at the national average of 44%, that would translate to more than 11,000 nursing home deaths.

Several lawmakers lashed out at Cuomo during a livestreamed forum on the nursing home issue Wednesday, saying his health officials have for more than two weeks stonewalled their request for the numbers of nursing home residents who died in hospitals .

One accused Cuomo of being more interested in promoting his upcoming book on the crisis than than being transparent on nursing homes.

“Don’t be publishing a damn book right now. Take responsibility for what is happening,” state Sen. Gustavo Rivera, a Democrat, said during the discussion put on by the Empire Report news site.

In a legislative hearing Aug. 3, New York Health Commissioner Howard Zucker acknowledged the state keeps a running count of nursing home resident deaths at hospitals but declined to provide that to lawmakers until it could be doublechecked for accuracy.

The lawmakers say they have not heard back since. AP has also been denied similar nursing home death data it sought through a public records request more than three months ago.

Cuomo, who has generally been praised for flattening the curve of his state’s coronavirus infections and highest-in-the-nation 32,850 deaths, has nonetheless faced increasing criticism over his handling of nursing homes, particularly a controversial March 25 order that sent thousands of recovering COVID-19 patients from hospitals into nursing homes at the height of the pandemic.

In his daily coronavirus briefing earlier Wednesday, Cuomo was asked about his upcoming book, “American Crisis,” due in October, and about the criticism that he is writing it before the pandemic is under control.