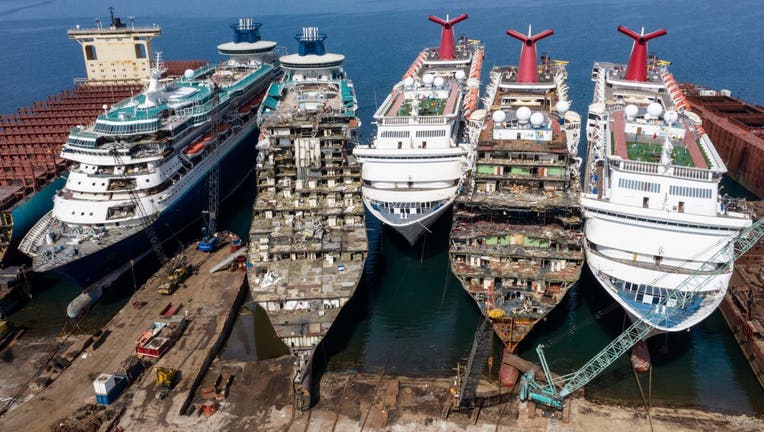 In this aerial view from a drone, five luxury cruise ships are seen being broken down for scrap metal at the Aliaga ship recycling port on October 02, 2020 in Izmir, Turkey. (Photo by Chris McGrath/Getty Images)

The ships once carried thousands of passengers on all-inclusive cruise vacations but as the coronavirus pandemic continues to have a devastating effect on the travel industry, major cruise lines are scrapping some of their ships in an effort to stay afloat.

Three Carnival Cruise Line ships are being broken down for their parts, including the Fantasy, Imagination, and Inspiration, all of which were recently sold due to the pandemic.

Last month, Carnival announced that they were "accelerating the exit of 18 less efficient ships" from their fleet. 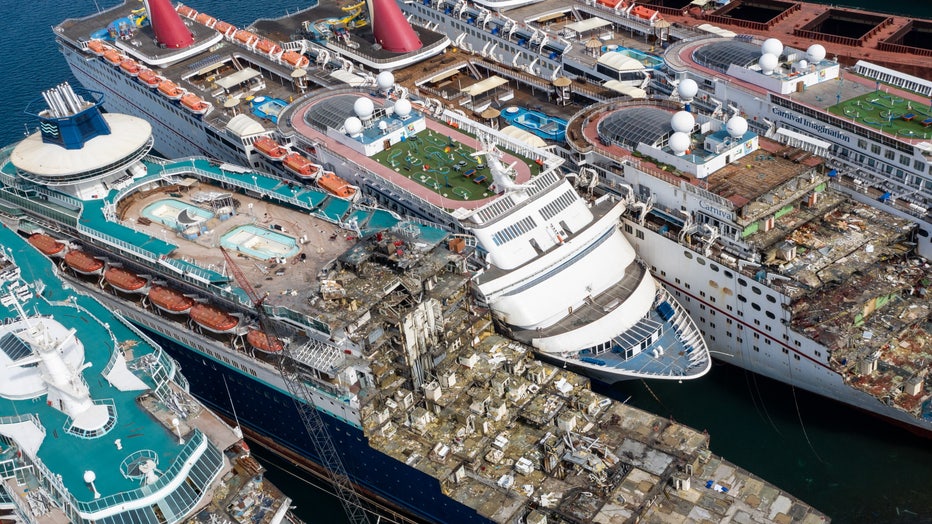 Reuters reports that business at the Turkish dock is booming as thousands of workers dismantle the ships, stripping windows, railings, walls, and floors from the vessels.

Prior to the pandemic, the ship-breaking yards usually worked on old cargo or container ships.

“But after the pandemic, cruise ships changed course towards Aliaga in a very significant way,” said Kamil Onal, chairman of a ship recycling workers group, in an interview with Reuters. “There was growth in the sector due to the crisis. When the ships couldn’t find work, they turned to dismantling.”

Onal said as metal parts are stripped from the vessels, hotel operators come to the port to buy non-metal fittings from the former cruise ships. 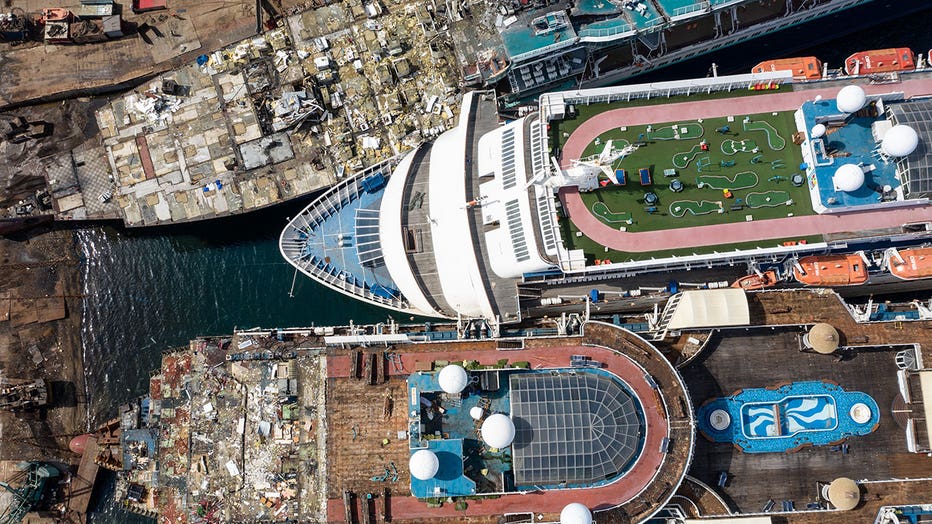 In this aerial view from a drone, luxury cruise ships are seen being broken down for scrap metal at the Aliaga ship recycling port on October 02, 2020 in Izmir, Turkey.(Photo by Chris McGrath/Getty Images)