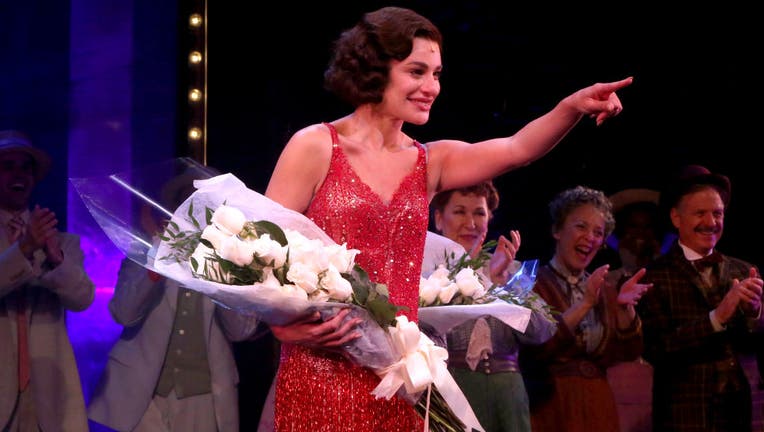 Lea Michele takes her first curtain call as "Fanny Brice" in "Funny Girl" on Broadway at The August Wilson Theatre on September 6, 2022 in New York City. (Photo by Bruce Glikas/WireImage)

NEW YORK - Fans of Lea Michele hoping to see her perform in the musical "Funny Girl" on Broadway will have to wait, after she confirmed she tested positive for COVID-19.

The former Glee star posted an Instagram story confirming the positive test and saying that she would not be able to return to the theater for 10 days. 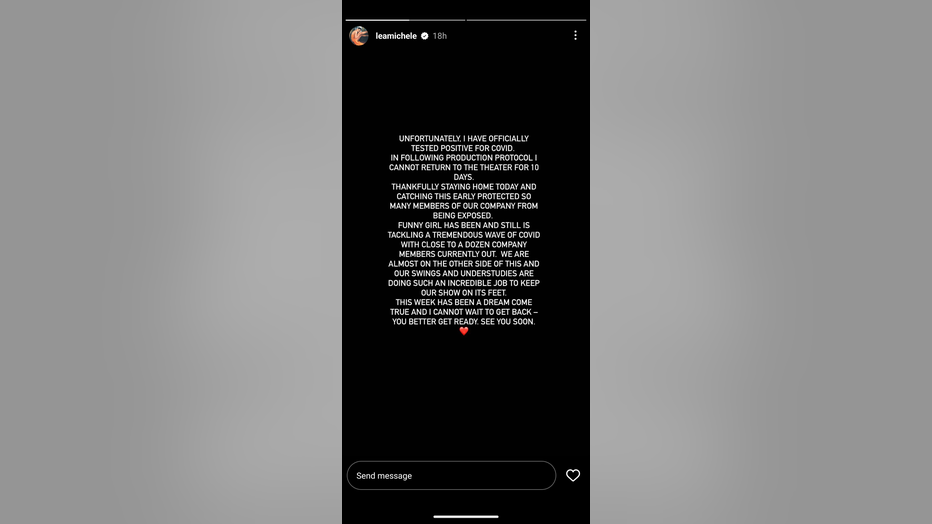 "Unfortunately, I have officially tested positive for COVID. In following production protocols, I cannot return to the theater for 10 days," wrote Michele. "Thankfully staying home today and catching this early protected so many members of our company from being exposed. Funny Girl has been and still is tackling a tremendous wave of COVID with close to a dozen company members currently out."

Michele is slated to return to the show on Tuesday, September 20.

Michele had only just started on September 6 as Fanny Brice, the lead in "Funny Girl," a semi-biographical comedy about the life and career of the Broadway star of the same name.

Actress Julie Benko will perform the role until Michele returns.

Dr. Ashwin Vasan, the New York City health commissioner, talks about what New Yorkers need to know about COVID-19, polio, and monkeypox. Vasan said COVID transmission are dropping but New Yorkers shouldn't assume the risk is over. He is urging people to get the bivalent booster as well as a flu shot.