A new report is shedding light on the impact of climate change on our health, with some scientists saying our dependence on fossil fuels is fueling sickness and hunger and killing roughly 1.2M people every year, with 12,000 in the U.S. alone.

According to a report from the United Nations, the current efforts being made worldwide to combat climate change are insufficient to prevent catastrophic global warming.

Current emissions pledges would see temperatures rise between 2.1 and 2.9 degrees above pre-industrial levels, far above the targeted 1.5 degrees agreed in the 2015 Paris Agreement.

"The science is clear and so are our climate goals under the Paris Agreement. We are still nowhere near the scale and pace of emission reductions required to put us on track toward a 1.5 degrees Celsius world," said Simon Stiell, Executive Secretary of UN Climate Change.

If the world exceeds the 1.5C temperature limit, experts say it could trigger multiple "tipping points," like increased extreme weather events, the collapse of the West Antarctic ice sheet, and the thawing of permafrost. 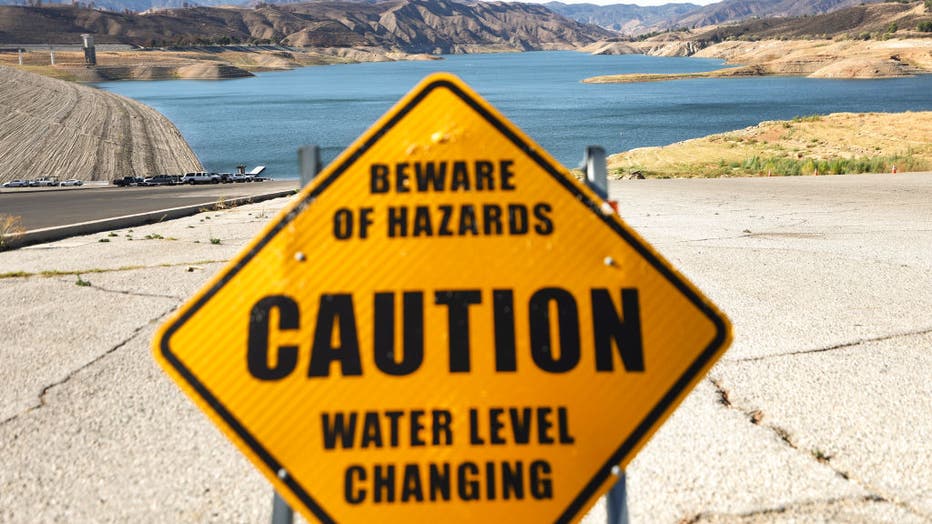 A caution sign is posted at the Castaic Lake reservoir in Los Angeles County on October 4, 2022 in Castaic, California. (Photo by Mario Tama/Getty Images)

The report comes ahead of the COP27 summit in November, where countries will gather to discuss new climate change measures.

Last year, during the UN Climate Change Conference COP26, only 24 out of 193 nations submitted updated plans t fight climate change to the UN.

In another report, the UN revealed that atmospheric levels of the three main greenhouse gases responsible for global warming, carbon dioxide, methane and nitrous oxide all reached new record highs in 2021.

"[The report] has underlined, once again, the enormous challenge – and the vital necessity – of urgent action to cut greenhouse gas emissions and prevent global temperatures from rising even further in the future," said WMO Secretary-General Petteri Taalas.