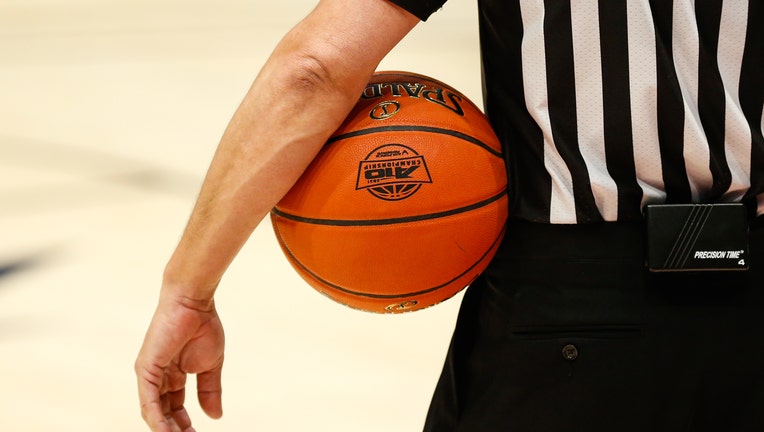 DAYTON, OH - MARCH 14: An official holds the game ball with the A10 Conference logo during a timeout during the Atlantic 10 Conference tournament championship game between the VCU Rams and the Dayton Flyers on March 14, 2021 at UD Arena in Dayton, Oh

INDIANAPOLIS - VCU has been pulled from the NCAA Tournament because of COVID-19 protocols.

The NCAA says the 10th-seeded Rams’ first-round game Saturday against Oregon has been declared a no-contest.

The seventh-seeded Ducks will advance to the second round without playing.

The announcement came a little more than three hours before the teams were set to play in the West Region. The NCAA didn’t offer specific details, citing privacy concerns, and said that the decision came after consultation with the Marion County Public Health Department.

"The NCAA and the committee regret that VCU’s student-athletes and coaching staff will not be able to play in a tournament in which they earned the right to participate," the statement read.