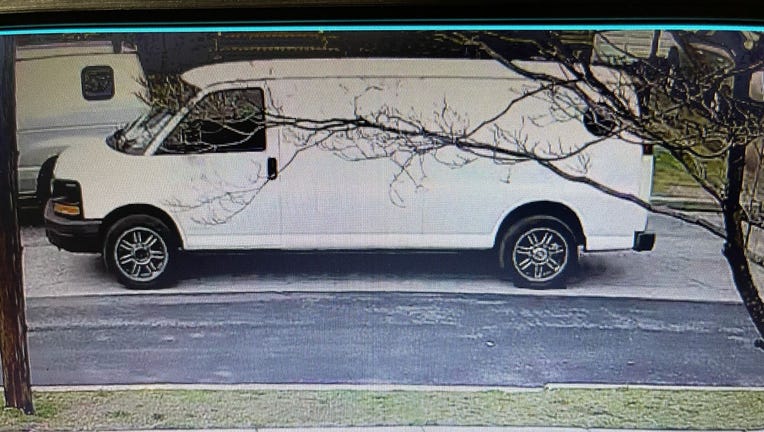 Police are looking for the man seen near this van who exposed himself to a group of girls on Long Island. (NCPD)

NEW YORK - Police are asking anyone with information about a man who exposed himself to girls near a high school on Long Island to contact them.

Three, 16-year-old students were walking to Calhoun High School in Merrick on March 25 at about 11:05 a.m. when they noticed a black or Hispanic man with his genitals exposed and standing near a white Chevy Express Van, said police.

The girls soon reached the school where they told administrators about the incident. Police were called.

The Nassau County Police Detectives 1st Squad ask anyone with information about the incident to call them at 516-573-6153. All callers can remain anonymous.