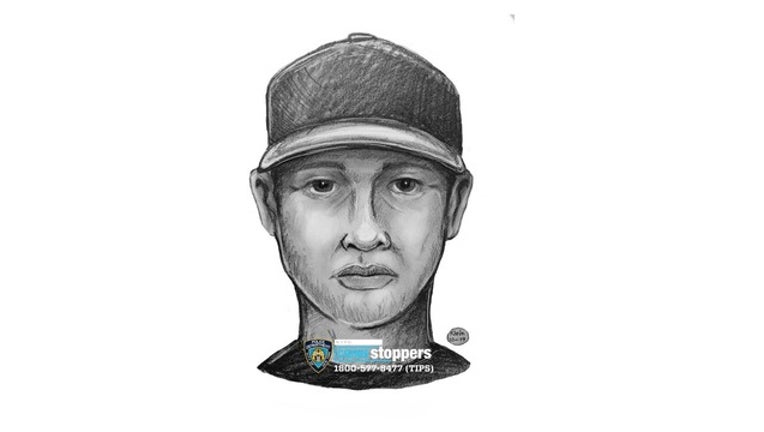 The NYPD says the man depicted in this sketch has grabbed the backsides and breasts of several women and punched at least two in the Bronx.

NEW YORK (FOX 5 NY) - The NYPD wants to find the man who has assaulted two women and grabbed the backsides and breasts of several others in the Bronx.

The most recent incident occurred on July 3 at about 12:30 a.m. in the area of Edison Ave. and Barkley Ave. The man approached the 22-year-old woman and placed both his hands around her neck and tried to pull her into his vehicle before fleeing, said police.

The man is also wanted for grabbing two women's breasts and buttocks in separate incidents on Mar. 24 and May 20. The victims were 16 and 15 years old.

In another assault, the man punched a 16-year-old girl in the face before grabbing her breasts and backside. The incident occurred on June 22 at about 11:15 p.m. in the area of Philip Ave. and the Cross Bronx Expressway.

Anyone with information in regards to this incident is asked to call the NYPD's Crime Stoppers Hotline at 1-800-577-TIPS (8477).). The public can also submit their tips by logging onto the CrimeStoppers website at WWW.NYPDCRIMESTOPPERS.COM, on Twitter @NYPDTips or by texting their tips to 274637 (CRIMES) then enter TIP577. You can remain anonymous.