Video posted to the Citizen app shows the aftermath of a shooting in the Bronx on Nov. 27. The NYPD said five people were wounded. Credit: Citizen.com

NEW YORK - The NYPD is asking for the public's help finding the gunman and three persons of interest in connection with a shooting in the Bronx that injured five people including two boys.

The incident occurred near East 153rd Street and Courtlandt Avenue in the Melrose section just before 4 p.m. Wednesday.

Video from CitizenApp shows dozens of people on the street in the aftermath of the shooting.

A 10-year-old boy was shot in the stomach and left leg. Police later discovered a 14-year-old boy shot in the buttocks opposite Courtlandt Avenue. He was taken to Harlem Hospital in stable condition.

The 36-year-old victim is related to the 10-year-old boy.

None of the injuries was said to be life-threatening and all of the injured vwere taken to Lincoln Hospital for treatment.

The gunman is described by police as having a dark complexion. He was wearing black sneakers, blue jeans, a blue jacket and a blue hooded sweatshirt. 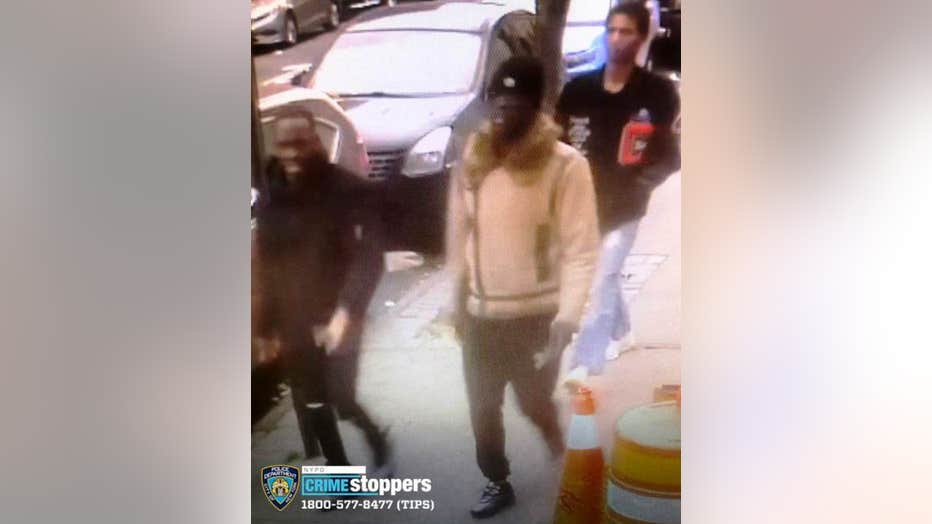 The persons of interest who were in the company of the gunman are wanted for questioning. They are described as follows:

Anyone with information in regard to this incident is asked to call the NYPD's Crime Stoppers Hotline at 1-800-577-TIPS (8477).

The public can also submit their tips by logging onto the CrimeStoppers website at WWW.NYPDCRIMESTOPPERS.COM, or on Twitter @NYPDTips.