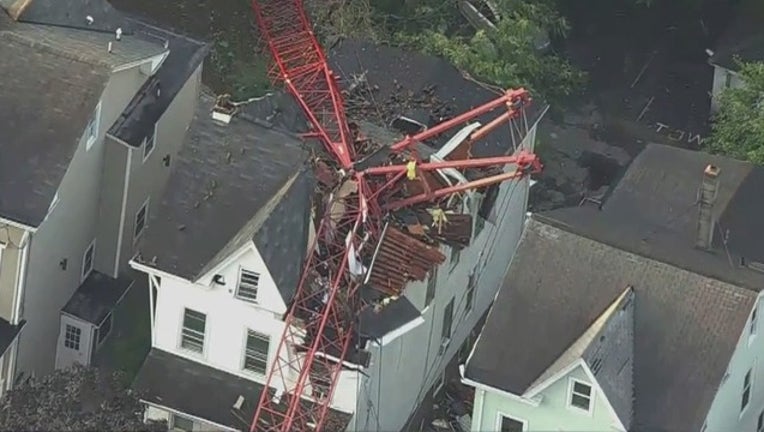 NEW JERSEY (FOX 5 NY) - Strong winds may be to blame for the collapse of a construction crane in New Jersey.

The crane came down onto a house on Hamilton Street and an apartment building across from Rutgers University in New Brunswick on Sunday night.

The crane was reportedly being used to build a nine-story apartment building.

The apartment building sustained significant damage, and so did the house next to it.

Thunderstorms packing powerful winds were reported in the area, Officials are trying to figure out how they'll remove the crane.

The cause collapse was under investigation.