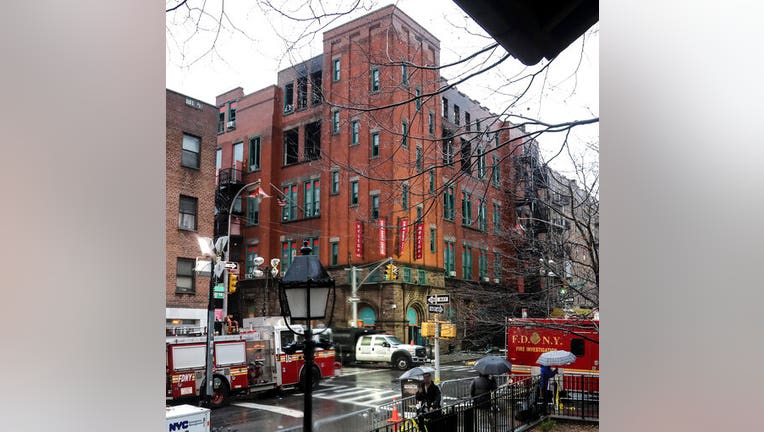 FILE In this Jan. 25, 2020 file photo, fire department officials remain on the scene in the aftermath of a fire that blazed through a building, center, that house several nonprofits and a senior center in the Chinatown section of New York. A voluntee

NEW YORK (AP) — A volunteer team of conservators is working to salvage some of the 85,000 artifacts feared lost in a fire in the heart of Manhattan's Chinatown.

About a third of the collection belonging to the Museum of Chinese in America has been removed after fire and building officials deemed some areas of the structure safe, the New York Daily News reported Tuesday.

The historic, city-owned building was the storage site for the museum, which is nearby. A fire raged through the structure the night of Jan. 23, and firefighters were still working to control it 24 hours after it was reported.

Conservators from the Museum of the City of New York, the Center for Jewish History and other institutions have been volunteering to rescue and restore the archives, which tell the story of Chinese migration to the United States. They include textiles, restaurant menus and tickets for ship passages.

Many of the items have been taken to the building that houses the museum. The landlord there has donated the fourth floor as a temporary storage space, and conservators are working to dry out items that have suffered severe water damage.

It's unclear when articles can be removed from other parts of the building that caught fire.

About 35,000 items in the collection had been digitized, and those files were backed up, said Nancy Yao Maasbach, the president of the museum.

There are are signs that the loss may not be as great as originally feared, acting Cultural Affairs Commissioner Kathleen Hughes said in a statement last week.

“Extraordinary efforts have given us hope that MOCA’s priceless archives might be saved," Hughs said.

Nine firefighters and a 59-year-old man were injured in the blaze. The man was rescued from the fifth floor of the building and was reported to be in serious condition.

The cause of the fire is still under investigation, a fire department spokesman said Thursday.