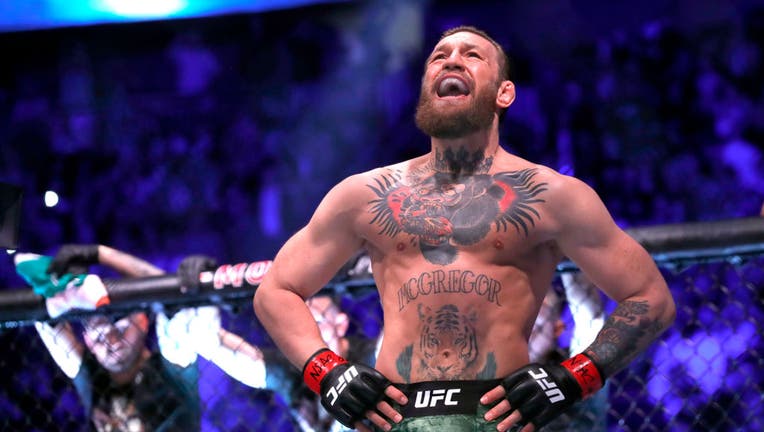 Conor McGregor waits for the start of his welterweight bout against Donald Cerrone during UFC246 at T-Mobile Arena on January 18, 2020 in Las Vegas, Nevada. (Photo by Steve Marcus/Getty Images)

In a response to President Trump’s tweet marking the third anniversary of his inauguration, McGregor said "Phenomenal President" and said he might be one of the best presidents ever.

McGregor continued, "He sits atop the shoulders of many amazing giants that came before him. No easy feet (sic)."

McGregor needed only 40 seconds to beat Donald Cerrone in UFC 246 on Saturday night in Las Vegas.  He last won a UFC fight in November 2016 before a series of missteps in and out of the ring.