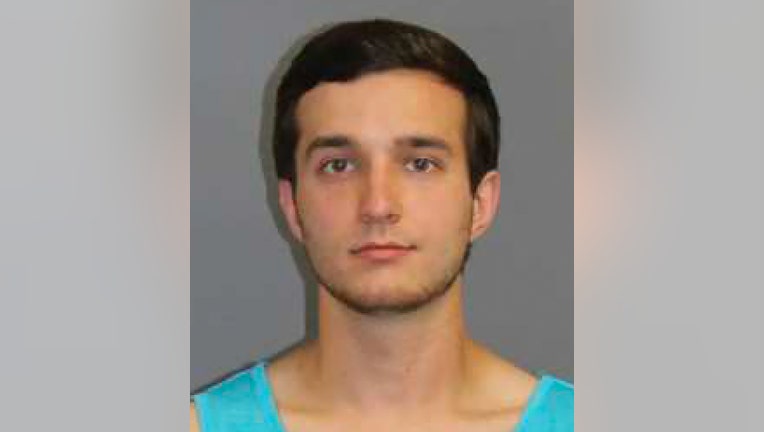 NEWTOWN, Conn. (AP) - A Connecticut man has been charged with threatening to shoot police in a social media post, state police said Thursday.

Alexander Hassinger, 24, was arrested at his Newtown home Wednesday evening on harassment and breach of peace charges.

State police said Hassinger posted the threat earlier in the day on Twitter, writing "imma kill a cop today and when they ask my why I did it, imma tell them he was acting nervous and looked at me wrong."

Hassinger told The Associated Press the posting was a satirical response to a police body camera video he saw on the internet showing an officer throwing a Black man to the ground despite the man complying with police. He said police were looking for a suspect and were questioning the man, but he turned out not to be the person they were looking for.

Hassinger, who wasn't sure where the video was recorded, said he had no actual plans to shoot police and he has no guns.

"I'm speaking my mind on the internet, but I'm not doing anything wrong," he said. "It seems weird because it seems like I should have freedom of speech."

A Virginia resident reported the threat, officials said. Hassinger said he doesn't know anyone in Virginia and has no Twitter followers in that state.

Hassinger was released on $10,000 bail and was ordered to appear in Waterbury Superior Court on July 15.