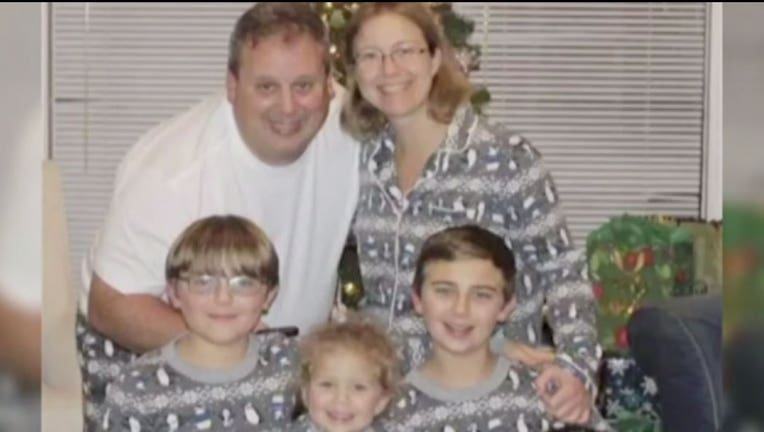 Police say that Anthony Todt killed is wife and three children inside their home.

GAINESVILLE, FL - Authorities in Central Florida say a man has admitted to killing his wife, their three children, and the family dog.

Police arrested Anthony Todt in connection with the case.  It's unclear if his confession included a motive.

The Todts were found inside their home located near Disney World.  Their bodies were found this week but authorities believe they were killed sometime in December.  Police did not say how the family was killed.

Authorities started investigating when they were contacted by concerned relatives.

Officers performed a well-being check on December 29th and spoke with Todt but did not enter the home.

Police say that Anthony Todt killed his wife and three children in Florida.

Police returned to the house more than a week later and discovered the bodies of 42-year-old Megan, 13-year-old Alek, 11-year-old Tyler, and 4-year-old Zoe along with their dog Breezy.

"Seemed like a happy family. Never, never heard any fighting or anything. Just happy, laughs in the backyard," neighbor Jessica Albert said.

Todt now faces four counts of first-degree homicide as well as one count of animal cruelty.  He was denied bail.

The family is originally from Connecticut.  Anthony Todt runs a physical therapy business there during the week and would spend his weekend with his family in Florida.

Authorities say the 44-year-old has been operating with an expired license and was reportedly facing mounting debt and was being investigated for health care fraud.