Several states banning the use of TikTok on government-issued devices, as the FBI director raises national security concerns. Holden Triplett, a former FBI government official and founder of Trenchcoat Advisors, joined LiveNOW from FOX's Josh Breslow to discuss the reasoning behind this.

WASHINGTON - TikTok would be banned from most U.S. government devices under a government spending bill Congress unveiled early Tuesday, the latest push by American lawmakers against the Chinese-owned social media app.

The $1.7 trillion package includes requirements for the Biden administration to prohibit most uses of TikTok or any other app created by its owner, ByteDance Ltd. The requirements would apply to the executive branch — with exemptions for national security, law enforcement and research purposes — and don't appear to cover Congress, where a handful of lawmakers maintain TikTok accounts.

TikTok is consumed by two-thirds of American teens and has become the second-most popular domain in the world. But there's long been bipartisan concern in Washington that Beijing would use legal and regulatory power to seize American user data or try to push pro-China narratives or misinformation. 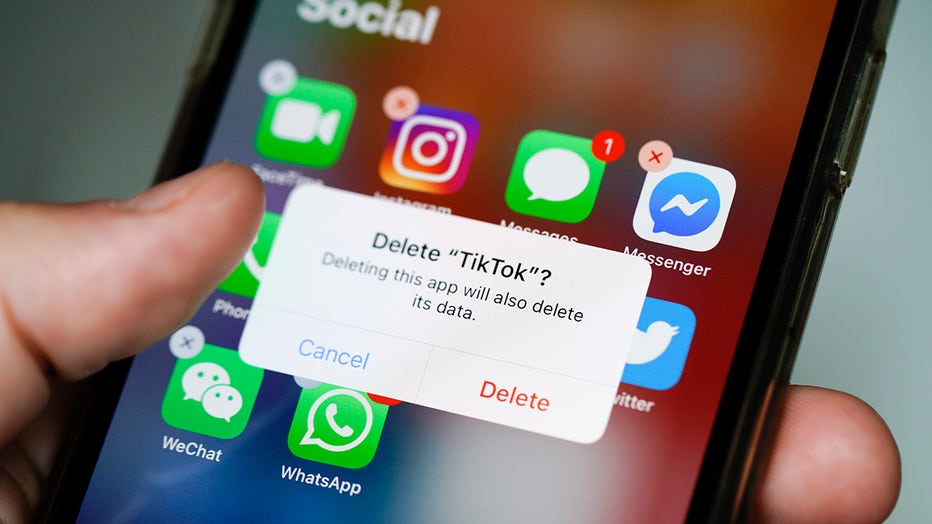 File: The TikTok application is seen on an iPhone in this photo illustration in Warsaw, Poland on September 29, 2020. (Photo by Jaap Arriens/NurPhoto via Getty Images)

Speaking Friday, CIA Director William Burns said Beijing can "insist upon extracting the private data of a lot of TikTok users in this country and also to shape the content of what goes on to TikTok as well to suit the interests of the Chinese leadership."

"I think those are real challenges and a source of real concern," Burns told PBS. He declined to take a position on congressional efforts to limit TikTok.

PREVIOUS: FCC chairman: TikTok ban is not if but when

House Speaker Nancy Pelosi, D-Calif., was pushing to include the TikTok provision in the big year-end bill, her office said. Sen. Josh Hawley, a Missouri Republican who authored a version of the TikTok bill that passed the Senate last week, called the government device ban "the first major strike against Big Tech enacted into law."

ByteDance did not immediately respond to a request for comment. It has previously noted that TikTok is incorporated in the U.S. and is bound by American laws.