Commemorating a century of honor at Tomb of the Unknown Soldier

Arlington National Cemetery is preparing to commemorate the 100th anniversary of the Tomb of the Unknown Soldier this Veterans Day, Nov. 11.

ARLINGTON, Va. - Arlington National Cemetery is preparing to commemorate the 100th anniversary of the Tomb of the Unknown Soldier this Veterans Day, Nov. 11.

WATCH LIVE: Flower Ceremony at Tomb of the Unknown Soldier

For the first time in nearly a century, tourists will be allowed to visit the sacred grounds to walk and place flowers at the tomb on Nov. 9 and 10. On Thursday, the public will be invited to observe a joint full honors procession and a flyover with all branches of the military at the cemetery. 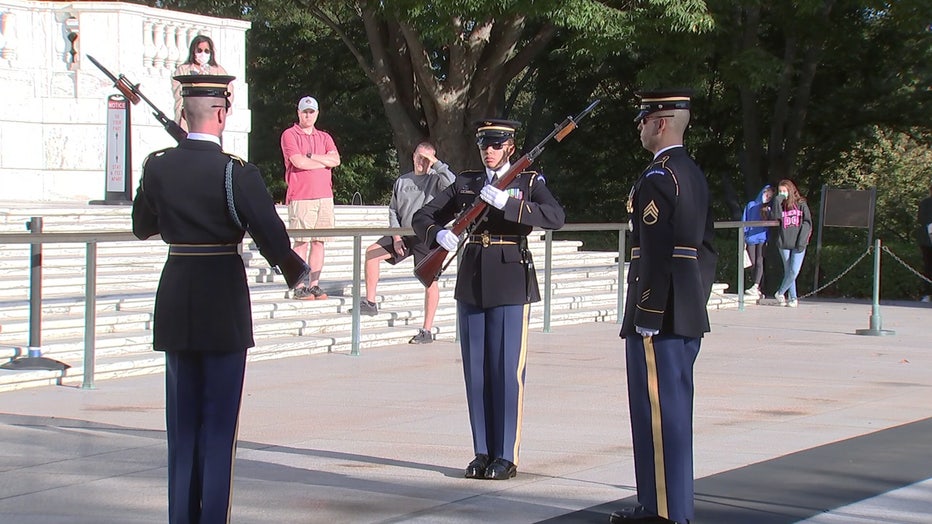 Since that day nearly 100 years ago, the tomb has also become the final resting place for an unknown soldier from World War II and another from the Korean War.

The hashtag #Tomb100 is already being used across social media platforms to mark the occasion this week.

Emilie Adams, 13, from upstate New York, played Taps at "Taps in Honored Glory," Sunday, one of the events leading up to Thursday’s commemoration.

The eighth-grader told FOX television stations this weekend that she had been practicing her trumpet for up to an hour every day since September, and she has been playing the trumpet since the fourth grade. 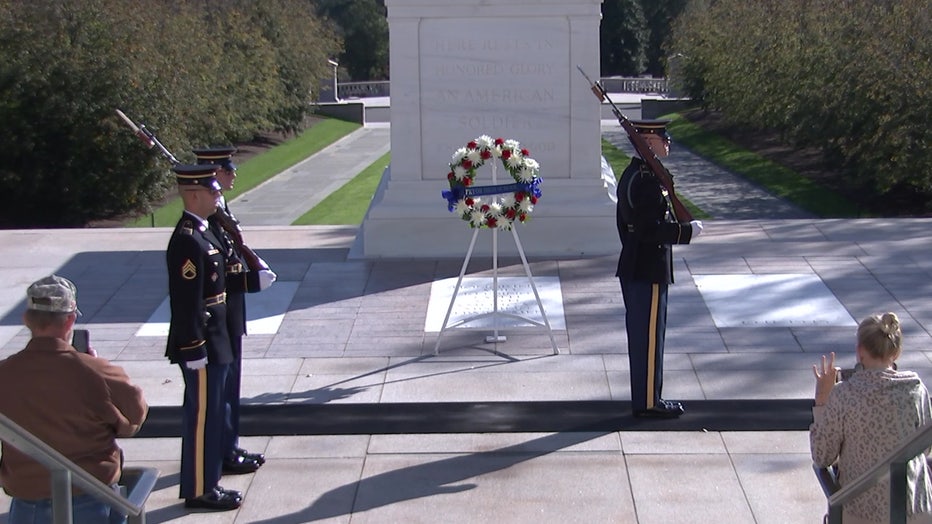 Last month, a historic "first" took place during a guard change at the tomb.

"For the first time in the 84-year-vigil, on the 30,770th day of continuous guarding, an all-female guard change occurred with the 38th Sergeant of the Guard," the Old Guard tweeted. 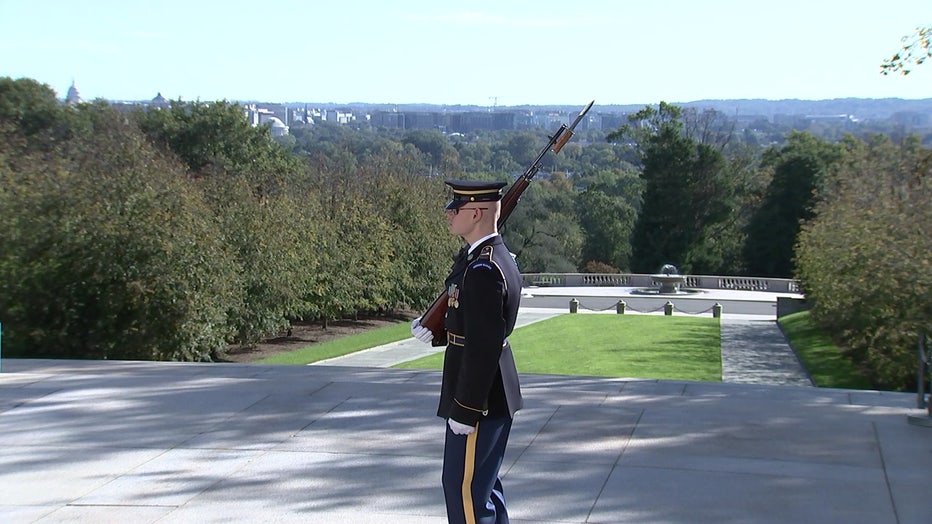 The guard change at the Tomb of the Unknown Soldier is an elaborate ceremony that occurs every hour on the hour from Oct. 1 through March 31, and every half hour from April 1 through Sept. 30.

Twenty-four hours a day, soldiers from the 3rd U.S. Infantry Regiment, known as "The Old Guard," stand watch over the Tomb. The guards, or sentinels, are chosen for this prestigious and highly selective post only after rigorous training and a demanding series of examinations. The Old Guard has held this distinguished duty since 1948.