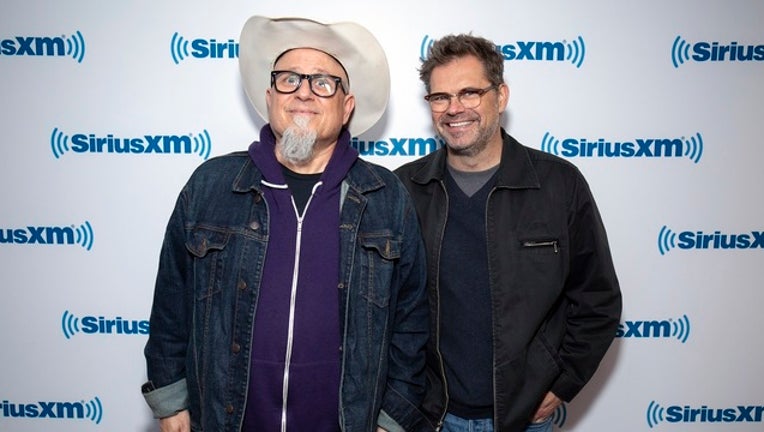 ATLANTA (FOX 5 Atlanta) - Two well-known comedians were hospitalized Thursday on the way to a gig in Atlanta.

It was no joke when Dana Gould and Bobcat Goldthwait were involved in an accident outside the Relapse Theatre located at 380 14th Street in Midtown Atlanta. The venue sent out an email to ticket holders explaining the reason behind the event being canceled early Thursday evening.

The crash happened around 6:25 p.m. near the corner of 14th and Mecaslin streets. Atlanta Police said the woman driving the comedians was arrested for driving on a suspended license out of California and was cited for failure to yield while turning left. The driver's name has not been released.

Police said Gould and Goldthwait were both taken to Grady Memorial Hospital with minor injuries.

The two were booked to do a live taping as part of "The Show with Two Heads" comedy tour.

Goldthwait is best known for his role as Zed in the "Police Academy" franchise and his work with Robin Williams during his many years as a standup comic.

Gould is best known as being a writer for "The Simpson" and his work on "The Ben Stiller Show" outside of his standup work.

The full extent of the entertainers' injuries were not immediately known.

No word on their shows in Athens and Asheville on Friday and Saturday.

This story has been updated to reflect corrected information provided by police stating the female driver was driving the two comedians and not in a separate vehicle.