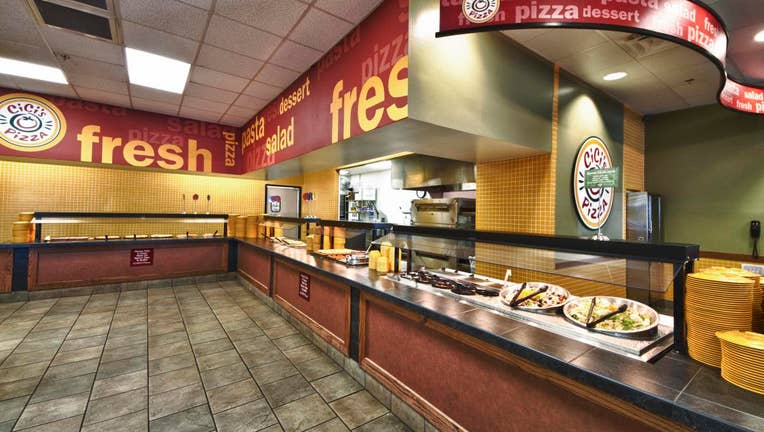 FORT WORTH, Texas - Cicis Pizza, known for its unlimited pizza buffet, has filed for bankruptcy according to court filings obtained by FOX Television Stations.

The restaurant’s parent company, CiCi’s Holdings, Inc., submitted a petition for Chapter 11 bankruptcy on Jan. 25, 2021 in the United States Bankruptcy Court for the Northern District of Texas.

Company leaders said restaurants will remain open and operate as normal while they to repay its creditors; however, they hope to exit bankruptcy in the next few months.

The company valued its assets of up to $50 million and its liabilities of up to $100 million.

Filing for bankruptcy doesn't always mean the end for an American business.

"After a challenging 2020, Cicis management has decided in order to continue the 35-year legacy of Cicis and best serve our guests, team members and franchisees, to restructure under the Chapter 11 bankruptcy process," the company said in a statement to FOX Television Stations. "We are pleased to also announce as part of this restructuring, that we expect to exit bankruptcy quickly and under new ownership."

The statement didn’t provide details on how the company plans to restructure.

"As we move beyond a challenging 2020 and look ahead to better days, we are as devoted as ever to providing the Cicis we’ve all come to know and love to the communities, neighbors, friends, families, and towns we call home," the statement also read.

Founded in 1985, Cicis, the unlimited pizza buffet, sought out to be the "Best Pizza Value Anywhere." Today, the buffet expands far beyond just pizza and includes salads, desserts and wings for an affordable price. In addition to dine-in and pick-up options, Cicis can now deliver right to customers’ homes. Headquartered in Irving, Texas, Cicis has about 300 locations in more than 25 states.

NPD Group, a data and consulting firm, said U.S. visits to full-service restaurants plunged 47% in the April-June period, at the height of the mandated dining-room closures. Visits have ticked upward since then, but were still down 25% in August.