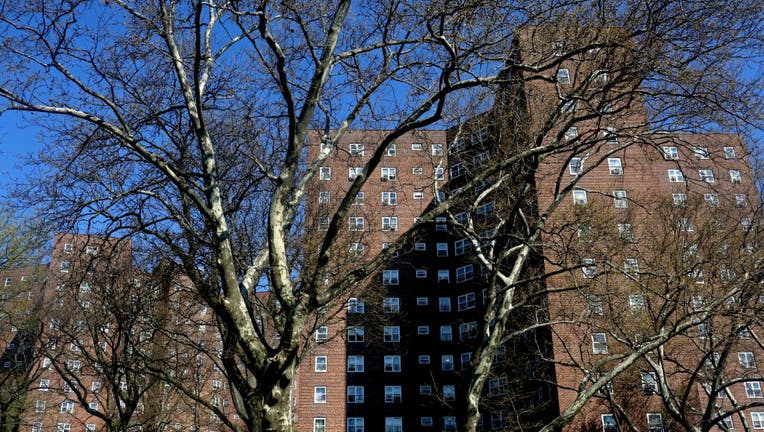 FILE- Outside of Melrose Houses in the Bronx, NY, on April 19, 2020. (Photo by Yana Paskova/For The Washington Post via Getty Images)

NEW YORK - A five-year-old child was killed and a 38-year-old woman was critically injured in a fire at the Melrose Houses in the Bronx Monday.

Fire and police responded to a 911 call at 10:11 a.m. about a fire at 305 East 153rd Street Apt 5C. After the flames were brought under control, crews found the two victims, said police.

Both were rushed to Lincoln Hospital where the child was pronounced dead.

The cause of the fire was under investigation.

The name of the child and gender had not been released by officials pending family notification.