Carle, who is known for writing The Very Hungry Caterpillar, died Sunday at his summer studio in Northampton, Massachusetts.

MILWAUKEE - Lois Ehlert, whose cut-and-paste shapes and vibrant hues in books including "Chicka Chicka Boom Boom" put her among the most popular illustrators of books for preschoolers of the late 20th century, has died. She was 86.

In 1989's "Chicka Chicka Boom Boom," Ehlert created the hyper-simple brown-and-green coconut tree and the multicolored capital letters who try to gather at the top of it, threatening to bring it tumbling to the ground as the text repeats, "Chicka chicka boom boom! Will there be enough room?"

The book sold more than 12 million copies, according to Simon & Schuster. 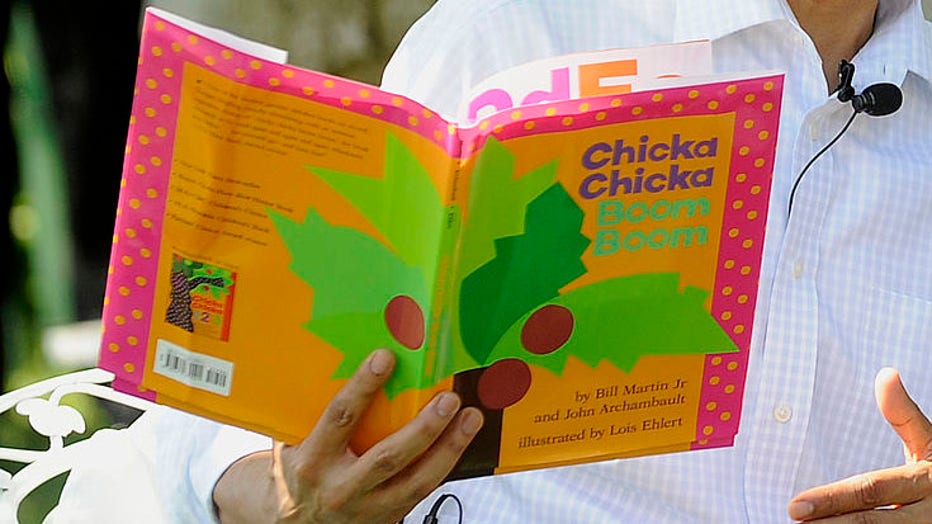 FILE IMAGE - The book "Chicka Chicka Boom Boom" is shown during an event at the White House on April 25, 2011 in Washington, D.C. (Photo by Roger L. Wollenberg-Pool/Getty Images)

She worked primarily by cutting out shapes and pasting them into collages, much like the preschoolers who were her primary audience.

In 1990, she was given a Caldecott Honor as the author and illustrator of "Color Zoo," which uses basic triangles, rectangles, squares and circles to create images of animals in oversaturated oranges, purples and greens. Its only words are the names of the shapes and creatures themselves.

Ehlert was born in Beaver Dam, Wisconsin and graduated from Milwaukee's Layton School of Art. She worked in graphic design before she began illustrating children's books in her 50s, starting with 1987's "Growing Vegetable Soup."