PARIS (AP) — Chef Marc Veyrat, known for his black chapeau and his mountain cuisine, is taking the Michelin Guide to court to find out why he lost his third star this year — and how the publication that makes, and sometimes breaks, reputations in the world's prestigious kitchens could allegedly claim he used cheddar cheese in a recipe.

Veyrat, among France's most acclaimed chefs, has been fuming since La Maison des Bois, in a mountain village in France's Haute-Savoie region, lost its third star early this year. 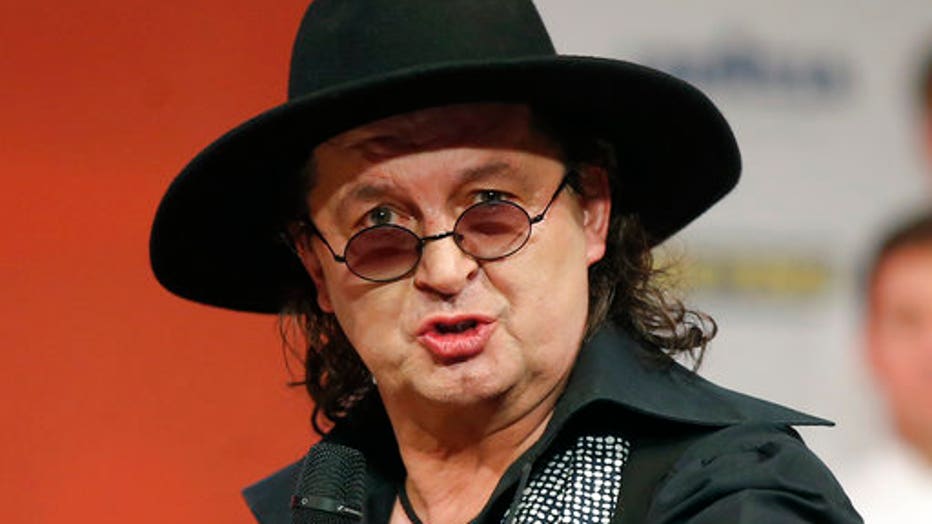 Veyrat said in an interview this week with FranceInfo radio that he no longer wants to be in the Michelin Guide — the bible of gastronomy — but claimed they won't even accept that.

He would not be the first chef to trade star-status, and the daily search for perfection, for a less demanding culinary life. Several noted chefs have done so, and even Veyrat did that in 2009 when he needed a break for health reasons.

When the 69-year-old Veyrat lost his third star this year, he says he was devastated.

"I was dishonored. My team, I saw them cry," he told FranceInfo on Monday, adding that he fell into a depression.

He said that if he has made mistakes, he accepts it. "Take away my star."

But he claimed they told him nothing, and "we became bad from one day to the next."

Veyrat has complained publicly in the past about the loss of his third star, something Michelin suggests it regrets.

"We understand the disappointment of Mr. Veyrat whose talent no one contests," Michelin said in a statement. But it added that it "regrets his unreasonable perseverance in accusing and loudly communicating."

"We will study his demands with attention and calmly respond," the statement said.

Veyrat's lawyer says the chef wants to see bills from inspectors, notes from their meetings, their methodology and criteria for determining why he lost a star.

There was "no precise response" to his demands, Ravanas said in a statement.

Except, perhaps about his saffron-flavored emulsion.

An indignant Veyrat, who uses only local Savoyard products, claims an inspector confused the emulsion with something containing cheddar cheese "because it was yellow."