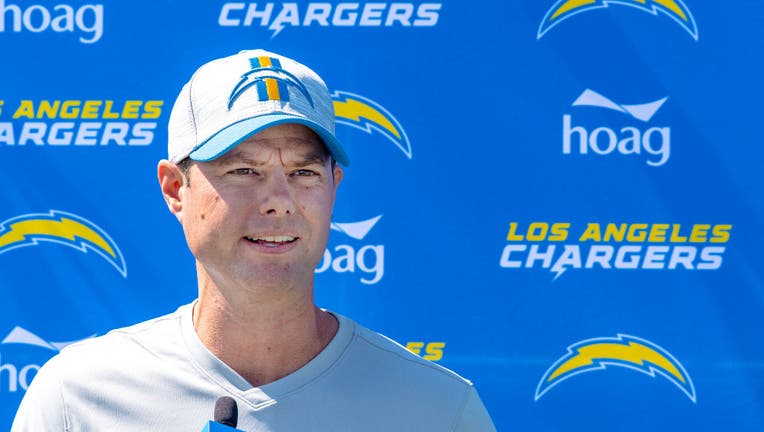 Earlier in the week, a bombshell report from the New York Times uncovered emails sent by Gruden, who was a broadcaster with ESPN at the time, that had racist, homophobic and misogynistic comments. The fallout surrounding the email scandal prompted Gruden to resign as head coach of the Las Vegas Raiders.

Here in Los Angeles, Brandon Staley was asked by a reporter on the Chargers coach's thoughts on the Gruden email scandal Wednesday afternoon. After a deep breath, Staley delivered a moving response to the reporter's question, reflecting on the groups of people affected by Gruden's email remarks, in addition to describing how difficult it is to earn respect and trust from peers.

"I think about all the people that were affected by the emails. Whether you're a person of color, whether you're a person, you know, a gender, your sexual orientation," Staley said. "Trust is really, really hard to achieve in this world. It's really, really challenging to achieve. And especially with those people, with the groups that I just mentioned. Alright? And people are really guarded. Alright? And they're skeptical of people because of emails like that."

The Chargers head coach went on to discuss the importance of kindness, lifting people up and respecting people we don't know.

"A big part of our thing here is listening to people and learning about people because I think what you'll discover is that we have so much more common than not," Staley, 38, said.

Staley's response prompted some people on social media to draw Ted Lasso comparisons. The popular TV series features a fictitious American college football coach-turned-soccer manager (portrayed by Jason Sudeikis) who is known for providing moving speeches and teaching life lessons to his players and members of the press covering the team.

Former NBA player and media personality Rex Chapman was among those giving Staley props on Twitter.