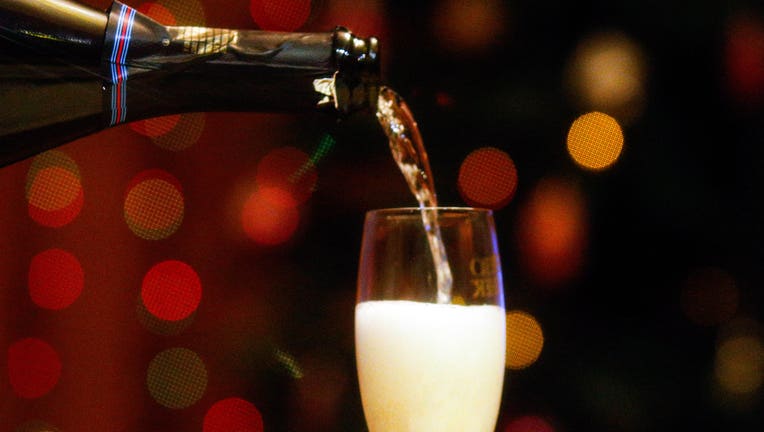 A file image shows champagne being poured into a glass during New Year's Eve celebrations. (Photo by Valery MatytsinTASS via Getty Images)

WASHINGTON - Liquor stores in Washington, D.C. reported a spike in champagne sales after Joe Biden was projected to win the U.S. presidential election, according to a report by Newsweek.

Fox News correspondent Leland Vittert covered the gathering on Saturday, noting that “There was one report more bottles of champagne were sold in D.C. today than on some New Years'. We saw people poppin' bottles and spraying the crowd all afternoon. And you can see that guy with a bottle of champagne right over there."

Multiple liquor stores across the nation’s capital claim that they sold more champagne in the 12 hours of celebrations following Biden’s projected win than they did in any previous holiday.

Two drug store chains confirmed to Newsweek that there was a “deluge” of Biden supporters purchasing champagne on Saturday.

Empty champagne bottles can be seen strewn across the streets in media photos. Social media videos show sprays in the air as people gathered outside of the white house.