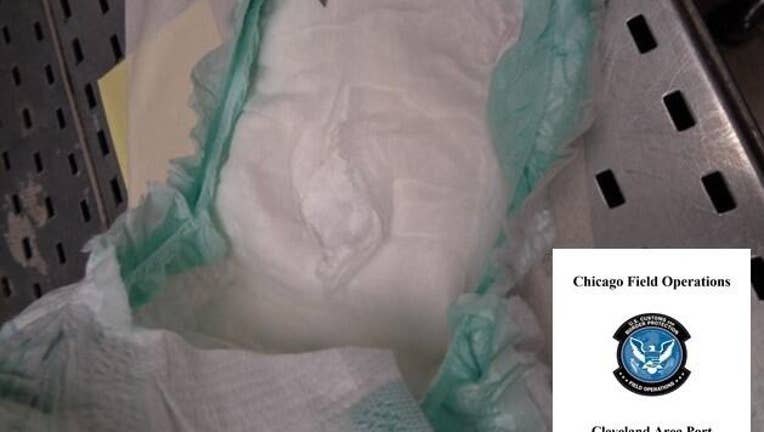 A shipment of diapers coming from Texas and ​​​​​heading to Australia contained more than fourpounds of methamphetamine. (Credit: U.S. Customs and Border Protection)

OHIO - Drug smugglers attempted to conceal over four pounds of drugs inside a shipment of diapers heading overseas to Australia from Texas, according to Customs and Border Protection.

Authorities say that on November 11, a narcotics detector dog was helping inspect freight in Cincinnati when it alerted its handlers to a shipment in diapers.

The shipment contained bags of plastic-wrapped baby diapers and appeared to be firm and unusually heavy.

When officers tested the material inside the diapers, they identified it as over four pounds of methamphetamine, a Schedule II Narcotic.

"Our officers are committed to keeping our country and communities safe from illegal and dangerous drugs," said LaFonda Sutton-Burke, Director, Field Operations-Chicago. "This seizure is one example of the quality enforcement work they do on a daily basis."