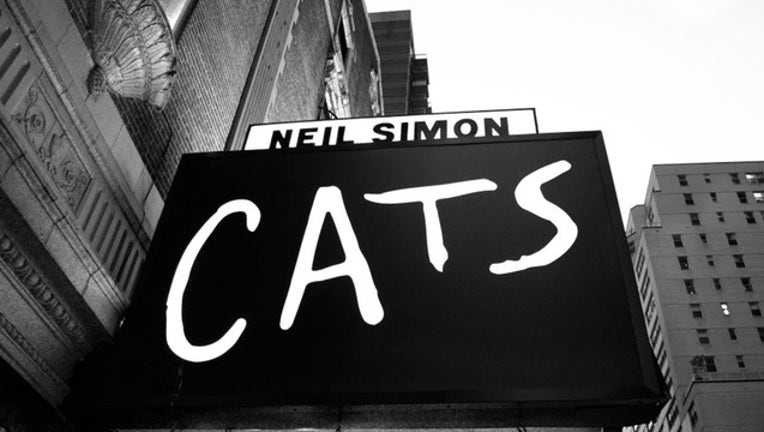 FILE - The Neil Simon Theater, where the Andrew Lloyd Webber Broadway musical 'Cats' is playing. The upcoming movie, CATS, by Universal Studios is based on the musical. (Photo by Robert Alexander/Getty Images)

NEW YORK (FOX 5 NY) - The official trailer for the movie version of the Broadway musical CATS has struck a nerve in people who say they feel it's strange and even 'nightmarish.'

In the movie, the felines attend a ball and dance before they decide which will live or die.

Comments on the Universal Studios YouTube page have included:

"I'm going to have nightmares now after seeing this." -Alyssa Serwinski

"Is anyone else getting chills down their spine ?" - Ivan G310

"The most terrifying piece for me is that all the cats have human teeth."

"This is not a cat. This isn't even hunan. This is an abomination."

Me watching the #CatsMovie trailer