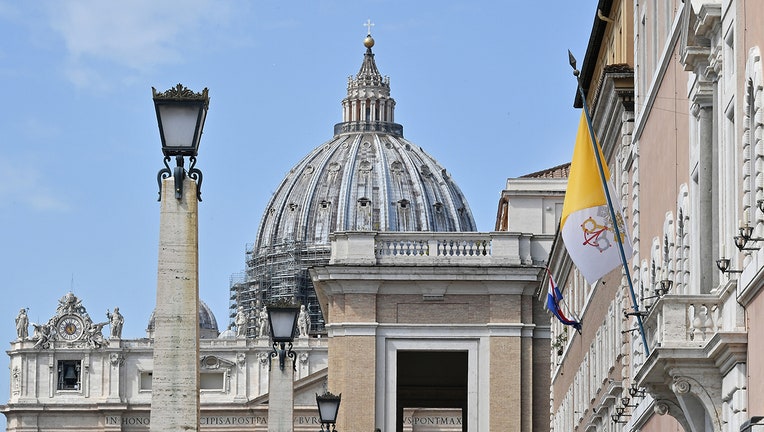 The dome of St. Peter's Basilica at the Vatican. (Photo by: Antonelli Maria Laura/AGF/Universal Images Group via Getty Images)

Cardinal Reinhard Marx, the archbishop of Munich, told the daily Sueddeutsche Zeitung that "it would be better for everyone to create the possibility of celibate and married priests." His comments come as his diocese has been shaken by an independent report on the church's handling of sexual abuse cases over decades, which faulted Marx and predecessors including retired Pope Benedict XVI.

"For some priests, it would be better if they were married — not just for sexual reasons, but because it would be better for their life and they wouldn't be lonely," he said in the newspaper interview. "We must hold this discussion."

He insisted that celibacy won't be scrapped altogether, but said he sees a "question mark" over "whether it should be taken as a basic precondition for every priest."

In 2019, Marx expressed support for a call by bishops in the Amazon region for the ordination of married men as priests to address a clergy shortage there, but stopped short of calling for a global recognition of married priests.

On Thursday, the latest session of a German reform process that was launched in response to the abuse crisis is due to open. The "Synodal Path," which brings together Catholic church and lay representatives, has sparked fierce resistance inside the church, primarily from conservatives opposed to opening any debate on issues such as priestly celibacy, women's role in the church and homosexuality.

Membership in Virtual Reality Church increased dramatically during the COVID shutdown. Worshippers attend using virtual reality headsets and create an avatar. Everything from scripture readings to baptisms can take place in the metaverse. >>VR Church

The Last Generation of Holocaust Survivors | A FOX 5 special

Jan. 27, 2022, marks the 77th anniversary of the liberation of the Auschwitz concentration camp. It was an extermination camp in Nazi-occupied Poland, where more than a million innocent men, women, and children were murdered. >>The Last Generation