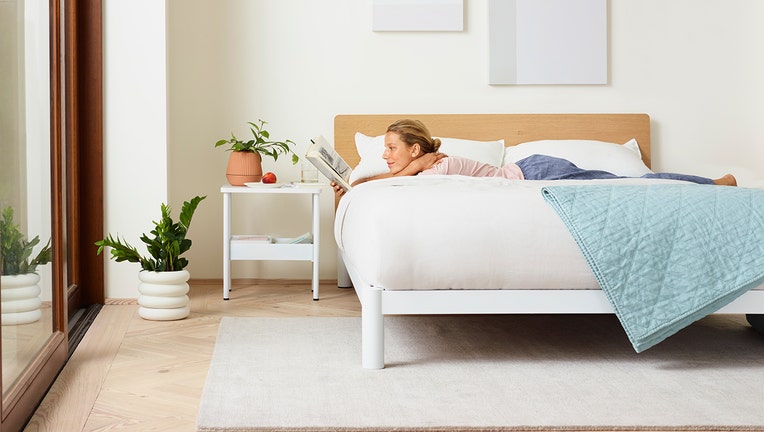 A promotional image for Casper, the pioneer of online mattress sales. (Courtesy of Casper Sleep Inc.)

Casper said in a filing Friday with the Securities and Exchange Commission that it plans to use the proceeds to fund expansion. It listed a stock offering of $100 million as a placeholder, but that will likely change based on investor demand.

The company has expanded beyond online selling to opening 60 Casper stores and selling to 18 retail partners like Target and Amazon. It has also expanded beyond mattresses to pillows, sheets and dog beds. It currently operates in seven countries.

Founded in 2014, Casper proved naysayers wrong that no one would buy a mattress online. In fact, it revolutionized the way mattresses were delivered by coming up with a mattress flexible enough to be folded into a box small enough to fit into a trunk of a car.

It says it has lots of room to grow, estimating that the global sleep economy was about $432 billion last year. It says the U.S. sleep business was nearly $80 billion last year. Casper's success has also helped to spur other online mattress rivals like Purple, Leesa Sleep and Tuft & Needle, which merged with the world's leading mattress manufacturer Serta Simmons Beddings.

The stock will be listed under "CSPR" on the New York Stock Exchange.