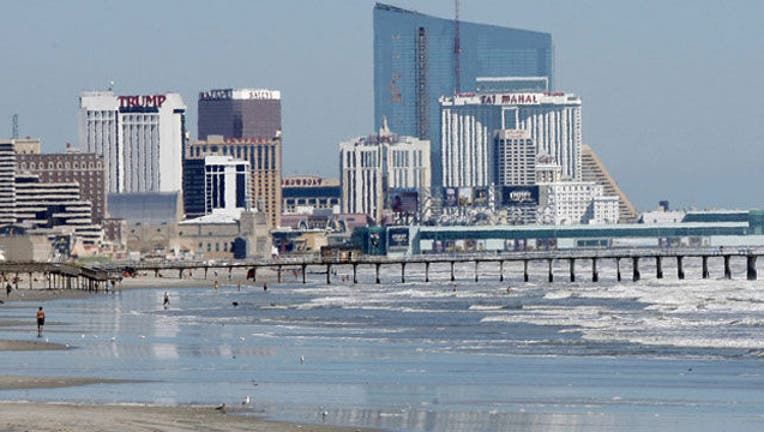 ATLANTIC CITY - Top executives of most of Atlantic City's casinos say the city needs to become cleaner and safer, with a better public perception in order for business conditions to truly improve.

And they also oppose the return of gambling to the former Showboat casino, which currently operates as a non-gambling hotel but whose owner is moving forward plan to restore gambling there.

Executives from eight of the city's nine casinos spoke Thursday at a panel sponsored by the Greater Atlantic City Chamber of Commerce on challenges and opportunities facing the New Jersey seaside gambling resort.

An early and recurring theme was the need to get rid of crime and blight from areas most tourists see, making them feel safer and creating a better image of Atlantic City that could help spur future investment.

“Our buildings can't be surrounded by drug addicts and prostitutes,” said Hard Rock President Joe Lupo. “The street lights need to work. There's a lot of work that needs to be done. The city needs to be in better shape; it's going to be tough. Go out and buy the biggest bulldozer the county has to offer, and you could probably make a lot of positive changes."

The talk was remarkable in that it was the first sustained, nearly unanimous declaration by Atlantic City's casino leadership of dissatisfaction with current conditions in the city, something they previously addressed only in passing, or in private. It follows harshly critical comments two weeks ago from Jim Allen, CEO of Hard Rock International, that Atlantic City “is going in the wrong direction” and is in worse shape than when his company bought the casino three years ago.

“We all agree we're not pleased with where we are with the Tourism District,” said Resorts President Mark Giannantonio, speaking of an area encompassing the city's downtown and casino areas. He said making a noticeable reduction in crime could bring a rapid increase of 20% to 30% in visitation to Atlantic City.

Steve Callender, a senior vice president with Tropicana's parent company, Eldorado Gaming, said individual casinos know they can't let vagrants come inside the casinos and get comfortable because “they'll stay there forever.” The same thing needs to be done for the downtown and the casino district as a whole, he said. He also complained about “three-foot potholes” near the entrance to his casino that have gone unrepaired.

“There's still a lot of blight,” added Borgata President Marcus Glover. "You need to get some wins and get some earned media about the positive things happening in Atlantic City.

Ron Baumann, regional president of Caesars Entertainment, which owns Caesars, Bally's and Harrah's, said Atlantic City has not significantly improved in the last 10 years, despite “ample opportunity and money.” He said a state agency in charge of planning and development in Atlantic City, the Casino Reinvestment development Authority, needs to focus more on helping solve societal problems.

Matt Doherty, the agency's executive director, said it already works with two local social service agencies on such problems, adding the agency pays $3 million a year toward the cost of special police officers.

Atlantic City Mayor Marty Small, who is leading opposition to a proposed change of government that would replace a directly elected mayor with an appointed city manager, did not respond to a message seeking comment Thursday. That drive is backed by Resorts casino owner Morris Bailey, the head of Atlantic City's main casino workers union, and a retired state senator.

The casino executives also blasted developer Bart Blatstein's plan to restore casino gambling to the Showboat. The casino closed in 2014, and he reopened it as a non-gambling hotel.

On Tuesday, Blatstein sold the Playground pier complex back to Caesars Entertainment, from whom he bought it five years ago. Blatstein told The Associated Press the move frees him up to pursue the restoration of gambling at the Showboat.

But Baumann, whose company is regaining ownership of the pier from Blatstein, said “the Northeast market is saturated; the last thing Atlantic City needs is another casino.” He added that “it would be purely cannibalistic to do something along those lines.”

Lupo said that when gambling winnings from Hard Rock are excluded, Atlantic City's slot and table games revenue for 2019 would have declined.

And Giannantonio added, “Resorts is totally against an additional casino. It would be a bad move. It will certainly cause cannibalization of the existing properties.”

Blatstein declined comment when told about the executives' remarks. He has received preliminary approval from the state to seek a casino license, but no hearing dates have yet been set.