A number of guests were involved in a fight at a nightclub aboard the Carnival Magic as it headed for Manhattan's West Side.

NEW YORK - A fight aboard a cruise ship while at sea was under investigation by the NYPD after the ship returned to Manhattan early Tuesday.

The Carnival Magic arrived as scheduled at Pier 90 on Manhattan's West Side where it was met by New York City police. According to a Carnival spokesperson, a fight broke out at a nightclub aboard the ship Monday night.

"Last night while Carnival Magic was returning to New York, a number of guests were involved in an altercation in a nightclub," said Matt Lupoli, Senior Manager of Public Relations. "Thankfully no serious injuries were reported and our onboard security team intervened. The ship arrived as scheduled this morning and authorities were notified and met the ship to interview suspects and witnesses and conduct an investigation."

SkyFox was over the ship shortly after it arrived at the West Side.  The ship sails to Bermuda, Canada, New England and other ports, according to Carnival's website. 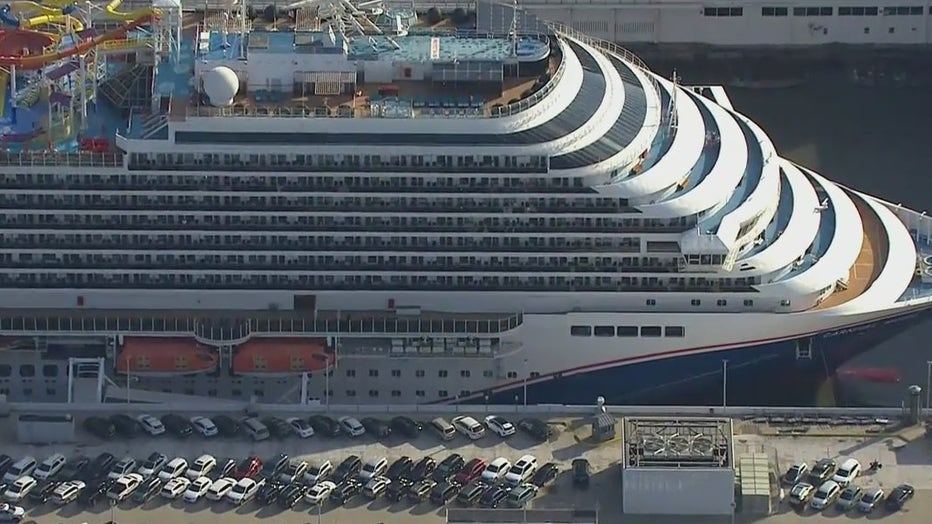 A fight aboard the Carnival Magic while at sea was under investigation by police. (FOX 5 NY)