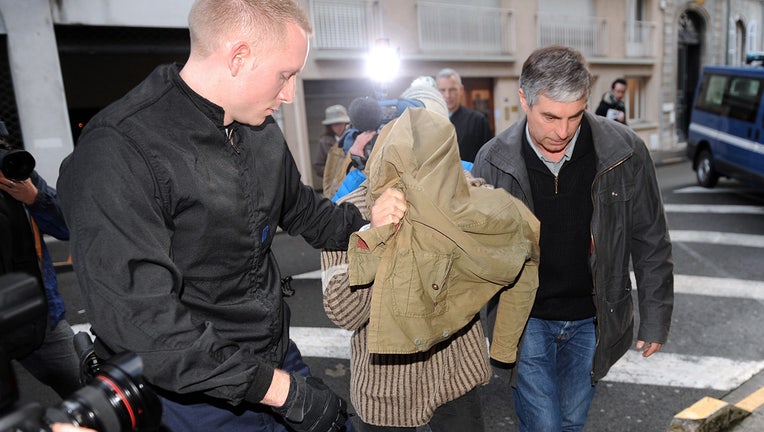 Jeremy Rimbaud , the former soldier suspected of having eaten the heart and tongue of an eighty year old man arrives for trial on December 20, 2013 in Pau, France. (GAIZKA IROZ/AFP via Getty Images)

A cannibal who once killed a French farmer before cooking his heart and tongue with white beans escaped from a psychiatric ward and allegedly attacked a woman.

Jeremy Rimbaud, attacked a woman in Toulouse in France, according to the express.co.uk.  The woman was out walking her dog when Rimbaud struck.

The Independent quoted a source saying, "She was absolutely terrified."

On November 14, 2011, Rimbaud murdered a 90-year-old farmer Leopold Pedebidau in Nouilhan and then chopped up his body.  He cut out the man's tongue and part of his heart to cook with white beans.

The killing happened the same year that he had returned from a tour of duty in Afghanistan.

Rimbaud was later caught trying to kill a second farmer.  He became known as ‘The Cannibal of the Pyrenees’ by the media.

The Afghanistan war veteran.  His lawyer said he had been diagnosed with schizophrenia and was suffering from post-traumatic shock linked to his fighting.

Rimbaud was caught again after attacking the woman.  He has been returned to the psychiatric unit where he had been held since 2011.  An investigation was underway into how he escaped.