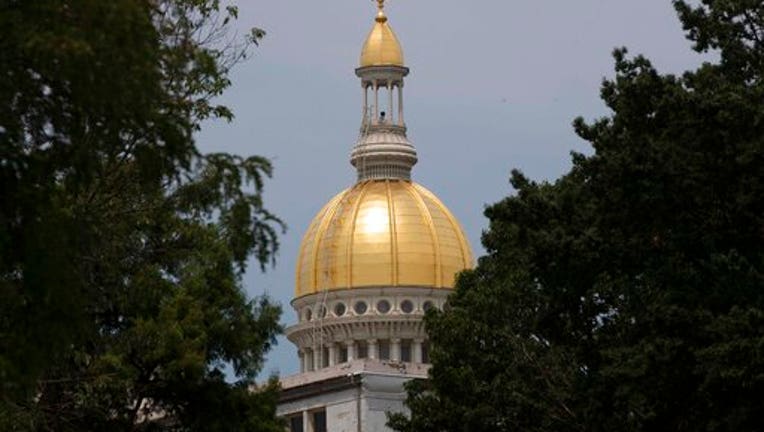 ATLANTIC CITY, N.J. (AP) — New Jersey’s top legislators said Thursday that they plan to tackle big issues over the next eight weeks, including an election on marijuana, a new business tax break program and lead in drinking water.

But the size of the tax break program and how exactly New Jersey would address its aging water infrastructure remained murky during a roughly hourlong panel discussion at an annual conference in Atlantic City where top lawmakers sketch their plans.

Lawmakers are amid the lame-duck legislative session, when they typically tackle thorny issues that could be weaponized if debated before Election Day. The new session starts Jan. 14.

Passing a bill to legalize recreational marijuana for those over 21 has bedeviled Sweeney, Coughlin and Democratic Gov. Phil Murphy, who all support it, because of opponents in the Legislature.

Instead of a bill, they now support asking the voters to approve recreational use of the drug, which they plan to put on the ballot in 2020. It first must clear the Legislature.

Business tax incentives passed under former Republican Gov. Chris Christie expired in July, and lawmakers and Murphy have debated all year what a new program should look like. Murphy wants to limit how much money the state allocates for tax incentives, but lawmakers have balked.

Coughlin said Thursday that he, Sweeney and Murphy have been discussing plans and are “getting closer” to an agreement.

Lead in the water emerged as a national issue this year when tests showed water in the Newark, the state’s biggest city, tested positive for the harmful metal.

Since then, the city and Essex County have said they are working together to replace lead pipes, and Murphy has called for a $500 million bond to replace them throughout the state.

Sweeney said that he is not certain it will be enough money and that lawmakers should determine the figure first. Lawmakers also said they want to avoid making residents pay for pipe replacement if they live in towns that have already replaced lead lines.

Sweeney also said he plans to pass legislation to address the “vaping crisis.”

The Centers for Disease Control and Prevention said the total of confirmed and probable cases linked to vaping has reached to 2,172. Forty-two people have died.

Most who got sick said they vaped products with THC, the high-inducing ingredient in cannabis. Officials have said they think a thickening agent used in black market THC vaping products appears to be a culprit.