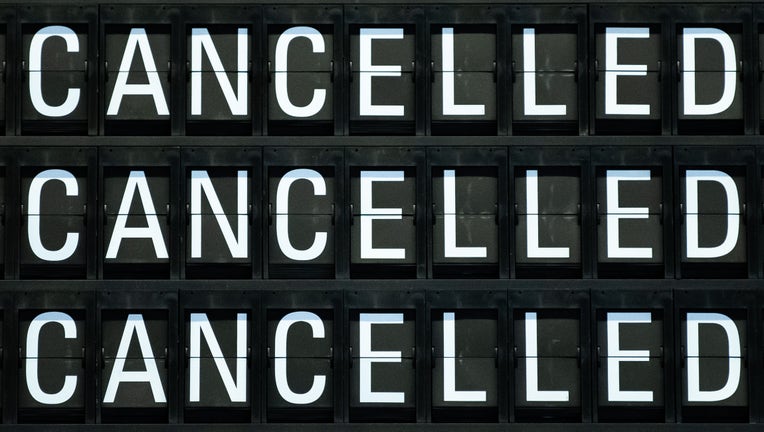 PHOENIX - For many travelers, the supposed ‘friendly skies’ have become less friendly of late, as air travel delays are happening more and more often.

On June 20, it was reported that since June 16, some 19,000 flights across the country were either cancelled or delayed. Over the Memorial Day weekend, many flights were also cancelled.

Here's what you should know about why there are so many flights being cancelled.

So, why are there so many cancelled flights?

(Related Video) Summer of airline cancellations, delays? It might be shaping up to be, trends show

A number of reasons have been offered for the number of flight cancellations.

Over the Memorial Day weekend, it was noted by Delta Air Lines officials that bad weather and "air traffic control actions" were responsible for the cancellations.

Company officials also stated other factors that affected their operations.

"More than any time in our history, the various factors currently impacting our operation — weather and air traffic control, vendor staffing, increased COVID case rates contributing to higher-than-planned unscheduled absences in some work groups — are resulting in an operation that isn’t consistently up to the standards Delta has set for the industry in recent years," Delta’s Chief Customer Experience Officer Allison Ausband said in a post.

It has also been noted that airline companies now have thousands fewer employees than they did in 2019, which has, at times, contributed to widespread flight cancellations.

In May, officials with Alaska Airlines say, among other factors, that a pilot shortage contributed to their flight disruptions.

Why is there a pilot shortage?

According to a report by FOX Business, the airline industry is short 12,000 pilots.

The pilot shortage is nothing new. In an article published by California Aeronautical University just prior to the start of the COVID-19 pandemic in February 2020, it was noted that pilots trained in the military during the Vietnam Conflict and who subsequently entered into the civilian aviation industry are now nearing retirement, with few young, highly experienced candidates to replace them.

Why are young people not training to become pilots?

The lack of young pilot replacements, according to the CAU article, can be traced to the cost of training, which kept some away from even starting to train for flying.

According to a December 2021 Associated Press article, people who want to be pilots have to spend $150,000 to get the required training, which is typically not covered by federal student loans.

In addition, the CAU article states that tough economic conditions after September 11 and during the Great Recession caused some to leave the pilot industry entirely, or caused them to enter other flight-related careers that do not involve flying.

I've heard some people say that there's no pilot shortage…

It is true that not everyone believes there is a pilot shortage.

Officials with Air Line Pilots Association, Int'l, who describe themselves as the largest airline pilot union in the world, say the U.S. has trained more than enough certificated pilots to meet hiring demands. They say bad business decisions are to blame for some companies not being able to find enough workers.

"While some anticipated what would be needed—and when—to meet consumer demand, some don’t have the capacity to train the large number of available pilots or rely too heavily on outsourcing options that cannot meet demand. Others bet against a strong U.S. recovery, and now those airlines’ leaders are trying to blame frontline aviation employees for their bad business decisions by saying they can’t find enough workers," read a portion of the ALPA's website.

Are there shortages involving other airline workers?

According to the December 2021 AP article, airlines are having trouble hiring flight attendants and other personnel.

American Airlines' CEO, Doug Parker, told the Senate Commerce, Science and Transportation Committee that they have enough pilots and staff to run the airline under normal circumstances, but not with surprise weather events.

Parker also said that workers are reluctant to take extra shifts due to COVID-related risks and unruly passengers.

"We need people to want to pick up additional shifts," Parker said.

Is the U.S. the only country experiencing massive flight delays and cancellations?

In April, Reuters reported that COVID-related staff absences for airlines and airports contributed to flight cancellations in the United Kingdom.

A BBC article in June states that thousands of airline and airport jobs have been cut since the start of the pandemic, and many of those who were laid off have since moved onto different job sectors. Meanwhile, the head of Ryanair, a low-cost carrier, said Brexit has made it hard to bring in workers from Europe to fill in the gaps.

What are some airline companies doing to alleviate the pilot shortage?

It has been reported that American Airlines is ending service in three cities as a result of the pilot shortage.

The CEO of United Airlines, Scott Kirby, said they have to make sure they do not schedule too many flights for the resources that they have available. It was reported that the company has grounded at least 150 of its regional jets.

In Phoenix, United Airlines opened its own flight school. Company officials hope the United Aviate Academy, which is located at Phoenix Goodyear Airport, could help them solve the pilot shortage.

"It's our leadership's answer to a business problem, so it's a business solution," said United Airlines First Officer Carole Hopson. "What we said was with the pilot shortage, we want to expand the talent pool."

United expects to train 5,000 new pilots by 2030, with the goal of half of those students being women or people of color.

At least one airline company - Republic Airways - has petitioned federal officials to cut back flight training hours from 1,500 to 750.

What are government officials doing to help alleviate flight delays and cancellations?

U.S. Transportation Secretary Pete Buttigieg told the Associated Press he wants airlines to stress test their flight schedules, making sure they can operate their current schedules with existing staff.

Buttigieg also said the transportation department could take enforcement actions against airlines that fall short of consumer protection standards. However, he said he first wants to see whether there are major flight disruptions over the July Fourth holiday weekend and the rest of the summer.

However, Southern Methodist University economist Mike Davis says there's only so much the federal government can do.

"And what we can't be certain of is whether that the actions that the airlines took during the pandemic — because they had all that bailout money — whether that actually may have made it worse right now," he said.

My flight is cancelled/delayed! What should I do now?

According to the U.S. Department of Transportation website, there are no federal laws requiring airlines to provide passengers with money or other compensation when their flights are delayed.

" If your flight is experiencing a long delay, ask airline staff if they will pay for meals or a hotel room.  While some airlines offer these amenities to passengers, others do not provide any amenities to stranded passengers," a portion of the website reads.

However, the website also states that in some situations involving a "significant delay," passengers may be entitled to a refund, including a refund for all optional fees associated with the purchase of your ticket.

For flight cancellations, the website states that most airlines will rebook passengers for free on their next flight to the destination, as long as the flight has available seats.