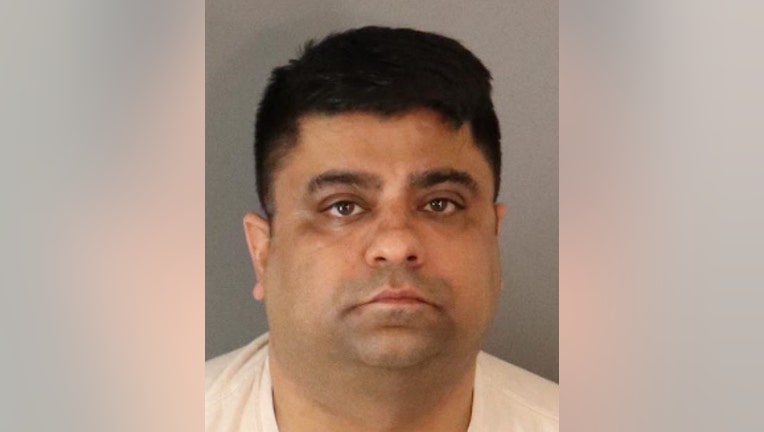 A doorbell-ringing prank prompted Anurag Chandra to intentionally ram a Toyota Prius carrying all six teens and force it off the road, a crash survivor said.

Chandra, 42, appeared briefly in court, but he did not enter a plea. His arraignment was continued until Feb. 21. Christine Juneau, a public defender who appeared with Chandra, did not immediately return a phone call seeking comment.

The chase began after the friends dared one boy to either jump into a pool at night or play “ding dong ditch,”the driver, 18-year-old Sergio Campusano, told KNBC-TV.

One of the boys got out of the car at the home of a stranger, rang the doorbell and then ran back to the car after a man opened it, Campusano said.

Campusano drove away, but then found he was being followed by an Infiniti. After a chase, the Infiniti rammed the Prius and forced it off the road and into a tree in Temescal Valley.

The crash killed 16-year-olds Daniel Hawkins of Corona; Drake Ruiz of Corona; and Jacob Ivascu of Riverside, according to the Riverside County coroner’s office.

Campusano survived, along with 13-year-olds Joshua Hawkins and Joshua Ivascu.

Calls to the California Highway Patrol seeking updated information on the crash were not immediately returned.

Chandra is being held without bail.

He was charged last month with misdemeanor battery on a spouse or cohabitant and willful injury to a child - his daughter - stemming from a Sept. 9 incident, the newspaper said.