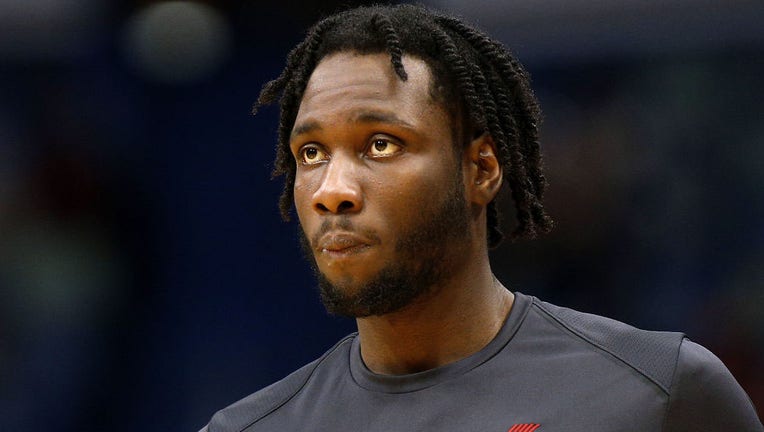 Caleb Swanigan of the Portland Trail Blazers reacts before a game against the New Orleans Pelicans at the Smoothie King Center on March 27, 2018 in New Orleans, Louisiana. (Photo by Jonathan Bachman/Getty Images)

Caleb Swanigan, the 2017 Big Ten Player of the Year and standout at Purdue, has died, the school said Tuesday. He was 25.

"Devastated. Our thoughts and prayers to Caleb Swanigan’s family and friends. The world lost a gentle soul last night," the tweet read. "Love you Biggie."

Swanigan was a standout basketball player. He was a McDonald’s All American and named Indiana Mr. Basketball in 2015 before playing for Purdue. He helped the United States U17 and U19  national teams to gold medals in their respective World Championships.

With the Boilermakers, he was the Big Ten Player of the Year and a Consensus All-American in 2017 before turning pro. He broke the school’s single-season record for rebounds and double-doubles that year. 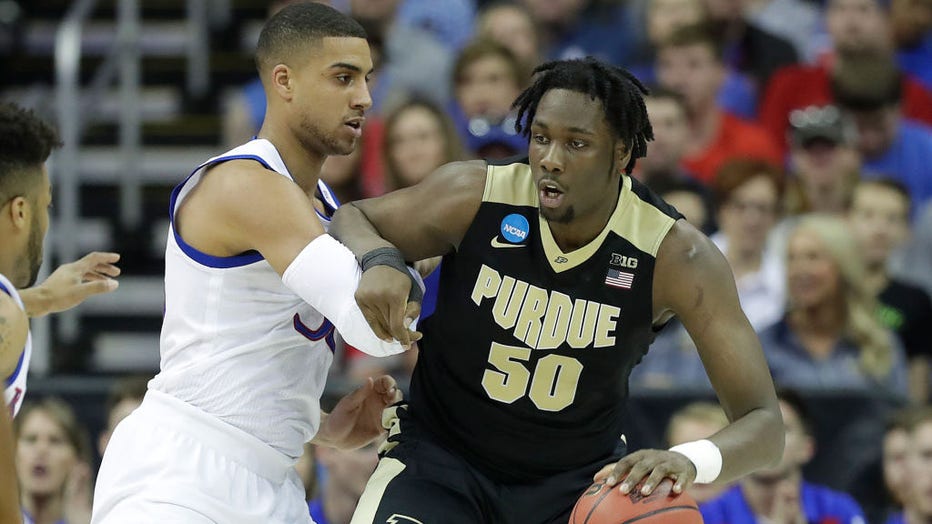 Caleb Swanigan #50 of the Purdue Boilermakers is defended by Landen Lucas #33 of the Kansas Jayhawks during the 2017 NCAA Men's Basketball Tournament Midwest Regional at Sprint Center on March 23, 2017, in Kansas City, Missouri. (Photo by Jamie Squir

According to an ESPN profile, Swanigan said he lived in five different homeless shelters during his family’s travels between Indianapolis and Utah. He said he had been in more than a dozen different schools by the time he was 13.