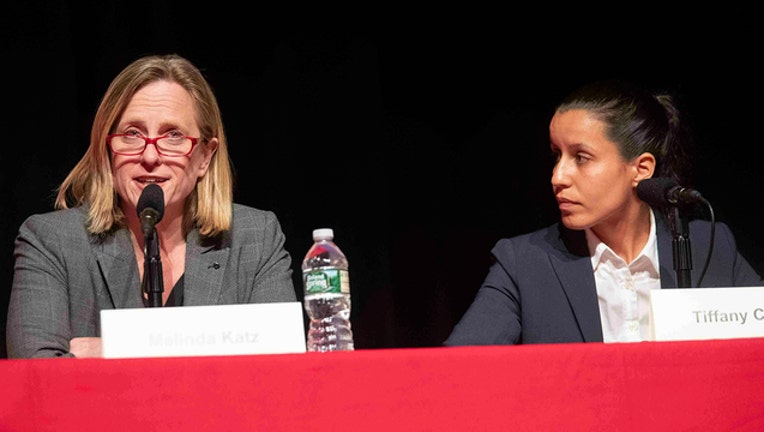 On Wednesday, a judge ruled that he will review 28 contested ballots in the seesaw Democratic primary race for the district attorney's job next Tuesday.

Cabán led by nearly 1,090 votes after the June 25 primary , but a recount left Katz with a wafer-thin lead. Now Cabán's team is going to court to cobble together enough votes to make up the difference.

Lawyers for Cabán's campaign argued in court Wednesday that there are 68 affidavit ballots that should be opened and counted. They were disqualified from the vote because voters did not write in their party affiliation. Judge John Ingram, who is presiding over the case in Queens state Supreme Court, decided to review 28 of them and will make a determination of the remaining 40 at a later date.

Right now, the ballots are sealed and whom they are cast for is unknown. But the lawyer for Cabán's campaign, Jerry Goldfeder, said there are another 76 votes the campaign will dispute for things like "ministerial errors" by poll workers or an incorrect determination of marks on the ballot by the Board of Elections.

"The Cabán camp is doing everything they can to turn the electoral process upside down to change the results of the primary," the Katz campaign said in a statement.

Katz's attorney Gerald Sweeney also accused the Cabán campaign of using the media to argue its case. "You don't get to do it on Twitter. You've got to tell us in the courthouse," Sweeney told the judge. During the hearing, the lawyers traded barbs that drew laughs from a full courtroom.

But Goldfeder indicated that Cabán's campaign is ready to take its fight to the end. When a reporter asked what the campaign will do if this case does not proceed, he said, "There's always the appellate court."