A fire broke out in the area of 82nd St. and 2nd Ave. on Wednesday morning.

NEW YORK - An elderly man died in a fire in an Upper East Side building on Wednesday morning.

It broke out inside the 2nd floor of a 4-story building on Second Ave. and E. 82nd St.  The FDNY said the fire went to 3 alarms.

It started just before 8:30 a.m. and more than 100 firefighters were on the scene.

A video shot by a FOX 5 viewer showed flames shooting out of the building.

The NYPD says an 83-year-old man and an 81-year-old man were taken from the building to Lenox Hill Hospital.  The 83-year-old died.  The other victim was listed in critical condition.

The cause of the fire was still under investigation.

Authorities were waiting for the family to be notified before releasing the name of the man who died. 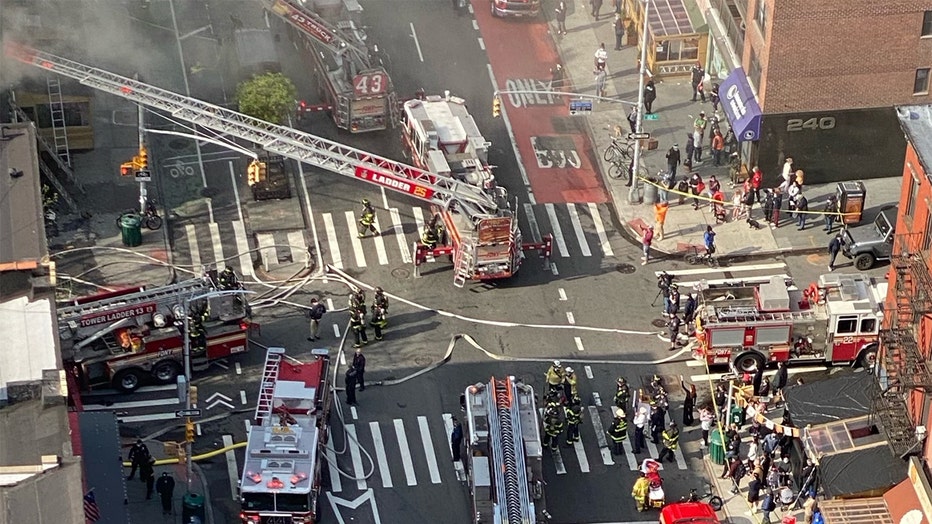 FDNY trucks block the intersection of 82nd St. and 2nd Ave. in Manhattan.