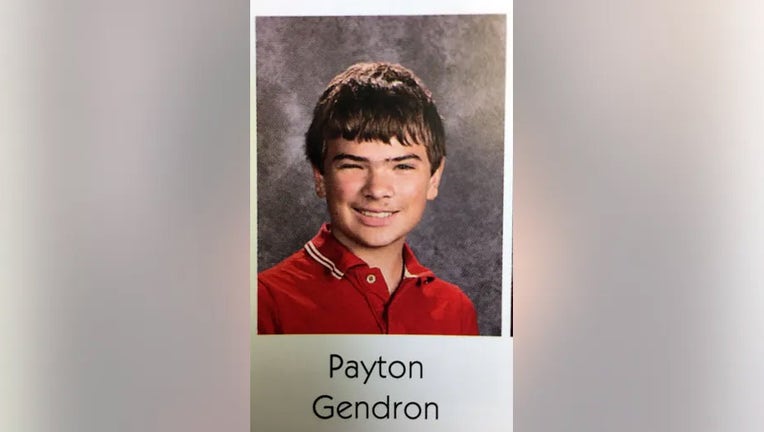 BUFFALO, N.Y. - The 18-year-old accused of allegedly killing 10 people and wounding three others in the Buffalo, New York grocery store shooting on May 14 that officials say is racially motivated wore a hazmat suit to class when his high school returned from its in-person learning pause due to COVID-19, yearbook pictures obtained by Fox News Digital show.

Officials said that the 18-year-old, later identified as Payton Gendron, a White male, chose the Tops Friendly Market on Jefferson Avenue in Buffalo as the location for his alleged attack because it was located in a predominantly Black neighborhood, as he allegedly stated in his manifesto that the area's demographic breakdown has the "highest black percentage that is close enough to where I live."

When Gendron and his classmates returned to Susquehanna Valley High School in Conklin, New York, after the school paused in-person learning during a portion of the COVID-19 pandemic, those around him noticed odd behavior and rebellious signs.

One of Gendron's classmates, Nathan Twitchell, told The New York Times that he wore a hazmat suit to class following the resumption of in-person learning during the COVID-19 pandemic.

"He wore the entire suit: boots, gloves, everything," Twitchell said. 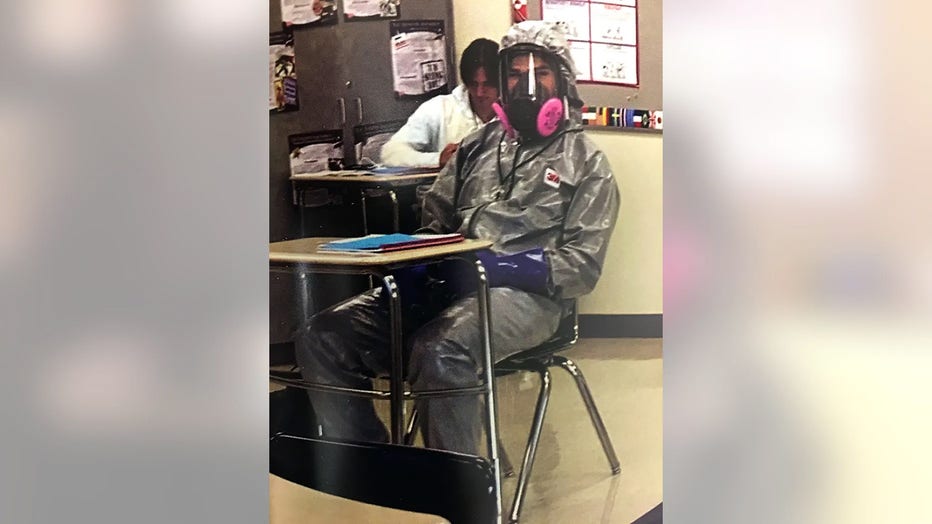 Fox News Digital obtained a picture of Gendron in a hazmat suit while sitting in class.

Officials said during a press conference on Saturday that they believe the shooting was racially motivated and pointed to a roughly 180-page manifesto that the shooter wrote and posted before allegedly shooting a total of 13 people.

Gendron wrote in the manifesto that he fears White people are in the process of being replaced by people of other races.

Eleven of the victims in the attack were Black and two of them were White, according to authorities.

Another yearbook picture obtained by Fox News Digital has a caption stating "Most interesting mask" below Gendron's picture. 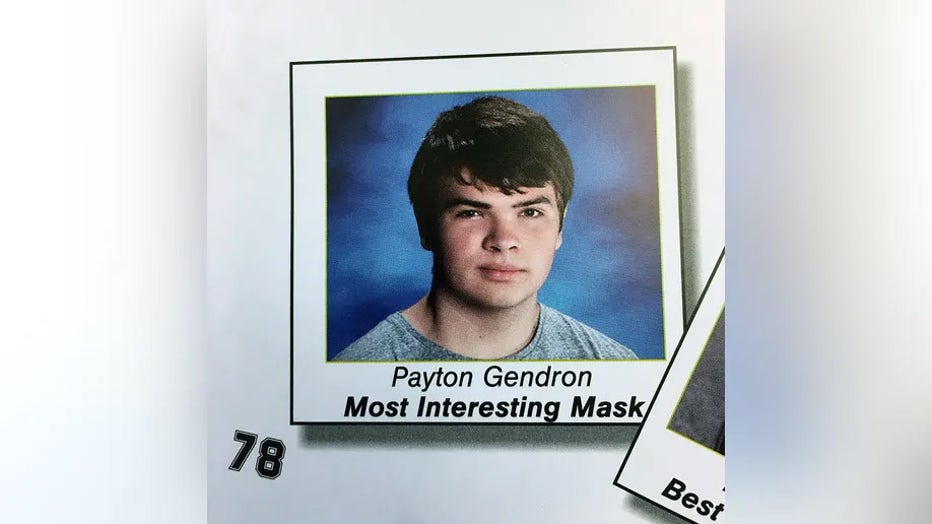 Gendron also wrote in a March 25 Discord post that he stabbed and beheaded a feral cat, according to the New York Post, and allegedly justified the beheading by stating that the animal was attacking their family cat Paige.

"When I came home at ~10:30 I was eating pizza bites when I hard my cat Paige scream from the garage," Gendron wrote. "I quickly enter and the gray cat was attacking her. I then spent the next hour and a half chasing the cat around the garage and stabbing it with my knife (the camo one)."

Gendron took detailed notes of the killing and wrote details such as how many times the cat's neck was slashed until its head was detached from the body, and added that he felt no emotions afterwards.

"It bled from the mouth at about 11:00 and at about 11:45 I was able to grab the cats tail and wind up and smack the cats head on the concrete ground," he wrote. "I did that a few times and when it went limp I grabber [sic] a hatchet and swung at its neck ~20 times until it came off." 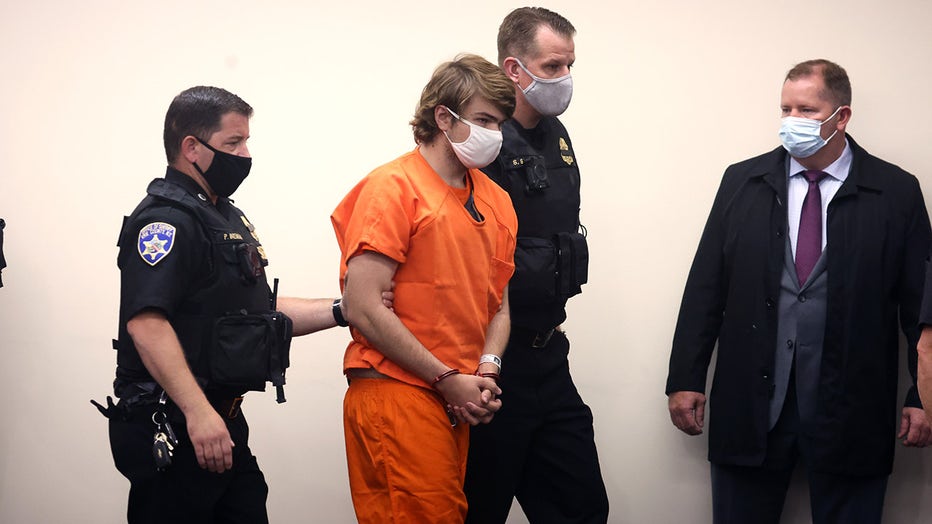 Payton Gendron arrives for a hearing at the Erie County Courthouse on May 19, 2022 in Buffalo, New York. (Photo by Scott Olson/Getty Images)

He also wrote in a Feb. 27 Discord entry that he hopes his family can take care of the family cat "when I’m gone."

"My cat Paige has hung out with me more than anyone else in the last few years, I hope when I’m gone my family can take care of her properly," Gendron wrote.

A neighbor said that the Gendrons were "not a bad family."

"They’re quiet," the man, who asked to remain anonymous, told Fox News Digital. "Nobody had any hankering of anything like this, that’s for sure." 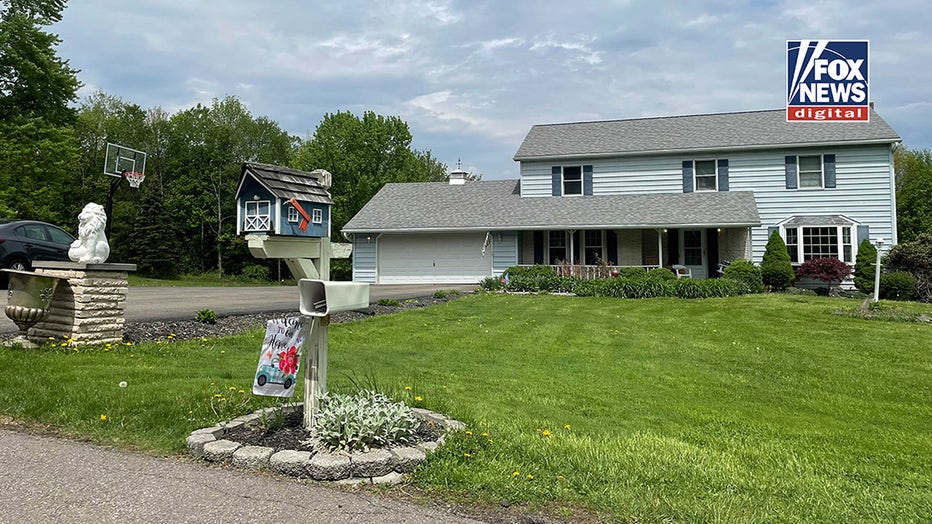 The neighbor went on to say that he didn't know that the family had guns.

"I didn’t even know he had guns," the said. "They're not hunters or anything. And that's why it was strange to hear he had three."

Gendron was charged with first-degree murder on May 14 and pleaded not guilty.