Supermodel Brooks Nader has shared on social media how a stranger stalked her using an Apple AirTag tracker.

NEW YORK - Sports Illustrated Swimsuit model Brooks Nader says that a stranger planted an Apple AirTag in her coat while she was at a New York City bar.

She says someone tracked her for several hours, even as she walked home alone just before midnight.

Brooks revealed in an Instagram post that it started while she was at the bar earlier this week at the Odeon Restaurant in the TriBeCa section of Manhattan. 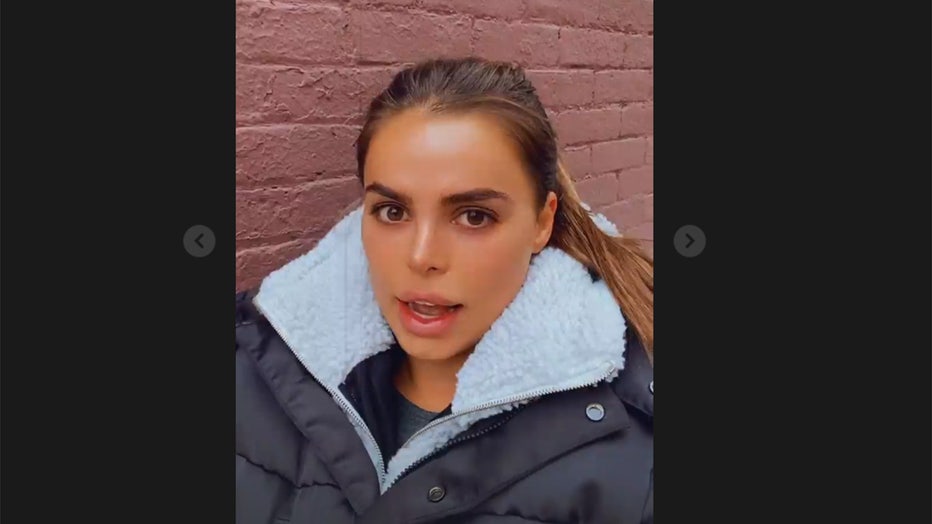 RELATED: WHAT ARE APPLE AIRTAGS?

Nader says she left her coat on the back of a chair and thinks that's when someone slipped it in. She says the person then stalked her for five hours as she went bar hopping in New York City.

She was on her way back to her Manhattan home when she finally got a notification on her iPhone that an unknown item had been moving with her.  She searched her coat when she got home. 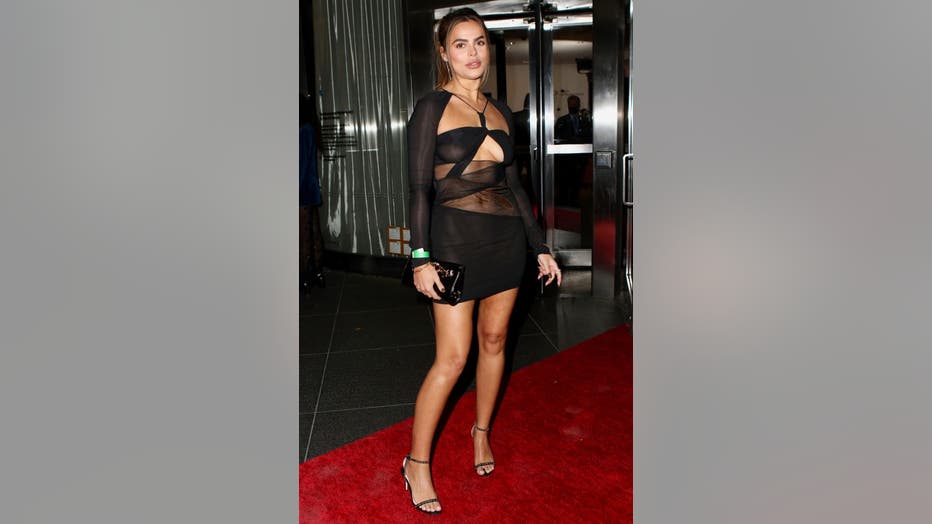 Nader said she had no idea Apple AirTags even existed until the incident.  She told her nearly 1,000,000 Instagram followers what happened to raise awareness about the devices.

"It was the scariest, scariest moment ever," she said in an Instagram post.  "And I just want everyone to be aware of that this exists."

RELATED:  WOMAN CALLS POLICE AFTER APPLE NOTIFIES HER OF TRACKING

In a statement to FOX 5 News, Apple said:  "We take customer safety very seriously and are committed to AirTag’s privacy and security. AirTag is designed with a set of proactive features to discourage unwanted tracking."

Apple says that If users ever feel their safety is at risk, they are encouraged to contact their local law enforcement to work with Apple to provide any available information about the unknown AirTag.

Apple AirTags are coin-sized devices that can be attached to keys, backpacks, purses, and other items to help people track them down via iPhone if they’re misplaced.

Apple AirTags use Bluetooth signals so that Apple devices can locate them.  You can use a simple Bluetooth tracker for iOS to scan the area around you to see if an Apple AirTag is nearby.

There have been several cases where people say they have been attached to their cars by thieves looking to follow them home to steal their car.  In one case, a Michigan man found an Apple AirTag tracker on his Dodge Charger.

Police in Canada have even put out an alert warning about thieves using the devices to track and steal high-end vehicles.  They said they had investigated five incidents of thefts linked to AirTags.

A police department in Canada says thieves of high-end luxury cars are using Apple AirTag trackers to help them target and track cars to steal. This highlights the potential dangers of smart devices that are used for nefarious purposes.