It's an international attraction, a tourist hotspot and a backdrop for social media shots. But while the popularity of DUMBO has been a big boost for local businesses, it's causing issues for residents.

NEW YORK - The DUMBO neighborhood in Brooklyn has turned into one of New York City's most popular neighborhoods; an international attraction, a tourist hotspot and a backdrop for social media shots.

And while the breathtaking views of Manhattan, cobblestone streets, and trendy restaurants certainly make it appealing to out-of-towners, locals are finding living there a bit less pleasant.

"Even just going for a run, you have to dodge people on sidewalks," said Danielle Drescher.

"I know to avoid this area on Saturday and Sunday because it will be packed," said Savannah Birdsong. 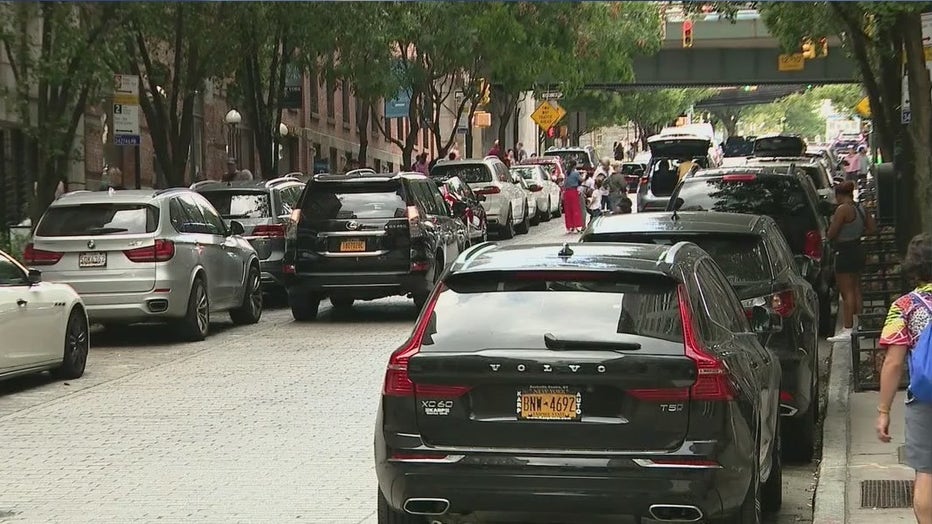 And getting around the area in a car, let alone finding parking can be quite the challenge.

According to Restler, parking is only part of the problem.

According to Restler, tourism and buzz are part of what makes the neighborhood such a special place, but in order to embrace it fully, a problem needs to be confronted.

There are currently plans to do a traffic study to address vehicle congestion and parking, along with a plan to address sewer capacity and implement flood prevention in major weather events as the neighborhood continues to grow.