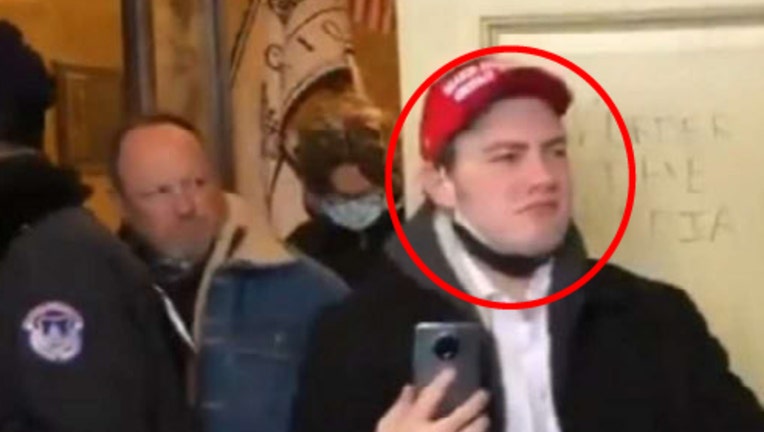 Dovid Schwartzberg (circled in red) seen in a photo that a witness provided to federal authorities. (Via FBI)

NEW YORK - Federal authorities on Tuesday charged a 19-year-old man from New York City in connection with the riot at the U.S. Capitol on Jan. 6.

In court documents, the FBI said Dovid Schwartzberg, of Brooklyn, crawled through a broken window at the Capitol building during the siege.

An anonymous tipster provided the FBI with images showing Schwarzberg at the Capitol during the breach. The tipster found the images on a Facebook group page. Agents also located images from a U.S. Capitol Police security camera showing Schwartzberg inside the building, the FBI said.

In March, the feds interviewed Schwartzberg and showed him the images from the siege. Schwartzberg confirmed that he was the person seen in the photos and admitted to agents that he wanted to "be where the action was" after a rally for then-President Donald Trump, according to an agent's affidavit filed in court. 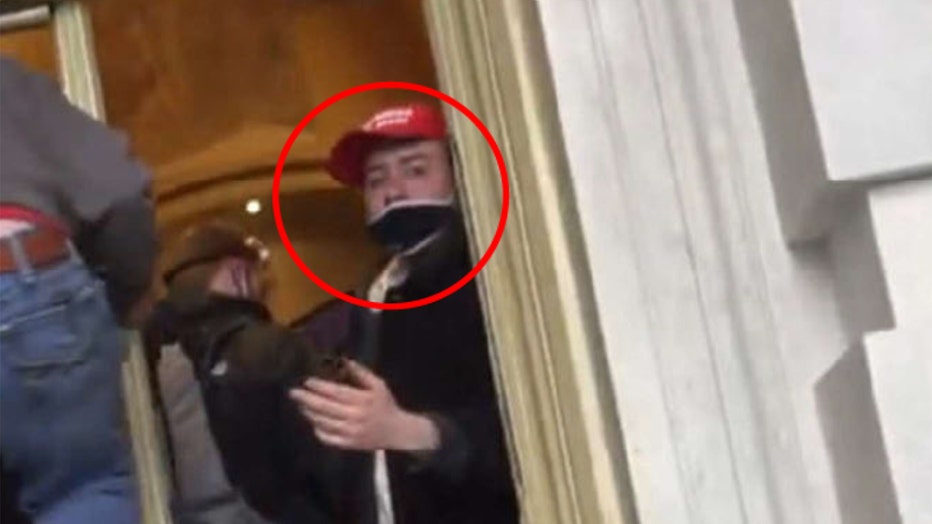 The FBI says a U.S. Capitol Police security camera captured Dovid Schwartzberg (circled in red) participating in the siege on the Capitol. (USCP via FBI)

Schwartzberg surrendered to an FBI agent in New York on Tuesday to face federal charges of knowingly entering or remaining in any restricted building or grounds without lawful authority and violent entry and disorderly conduct on capitol grounds.

A magistrate released him on bond with conditions and set a preliminary hearing for May 11, according to the U.S. Justice Department website.

The AP left a message seeking comment with his lawyer. 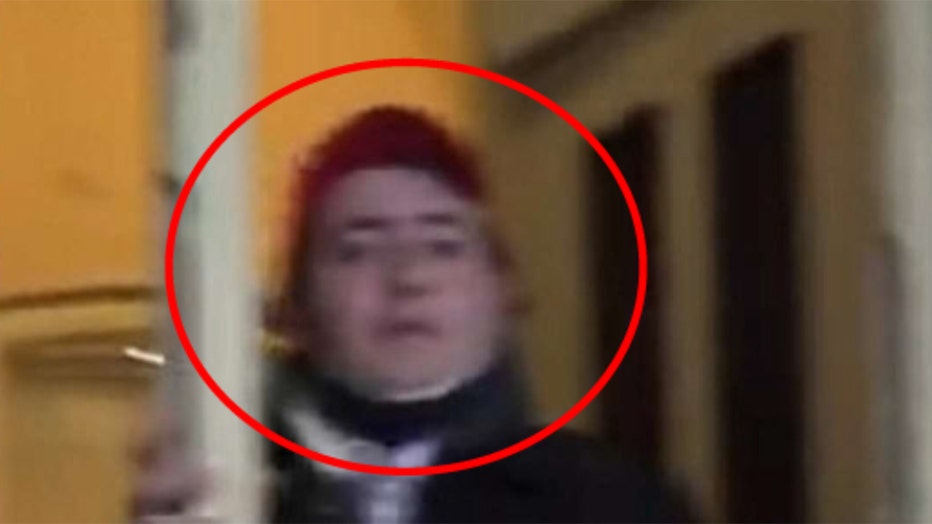 The FBI says a U.S. Capitol Police security camera captured Dovid Schwartzberg (circled in red) participating in the siege on the Capitol. (USCP via FBI)