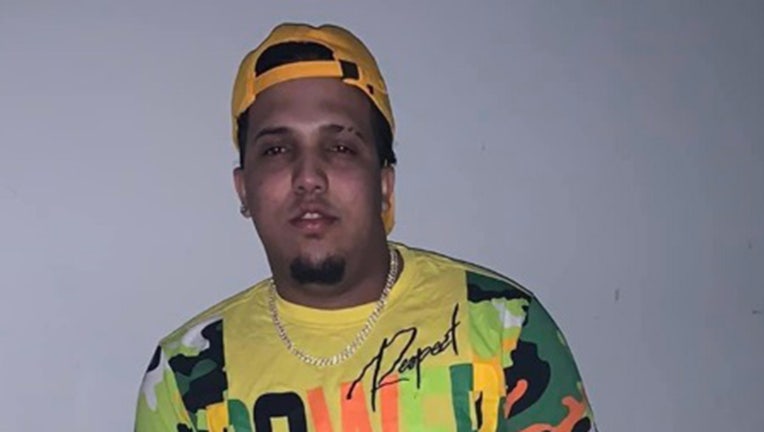 The NYPD released this photo of Yefri Toribio.

NEW YORK - An employee at a Bronx bar was recovering after a customer repeatedly stabbed him.

The NYPD says it happened at Tequila and Rum bar on East Tremont Ave. in Parkchester.

Police say that a man who was known to frequent the bar got into a dispute with a 31-year-old worker.

The attacker, who police identified as 24-year-old Yefri Toribio, pulled a knife and stabbed the victim nine times before taking off from the bar.

The victim was hospitalized at NYC Health and Hospitals/Jacobi in stable condition after the attack.

The incident took place on Oct. 6, 2021, but the NYPD only released details and a photo of Toribio they are looking for on Monday.

They say he is approximately 5'8", 200 pounds, with a medium build, medium complexion, and black hair.