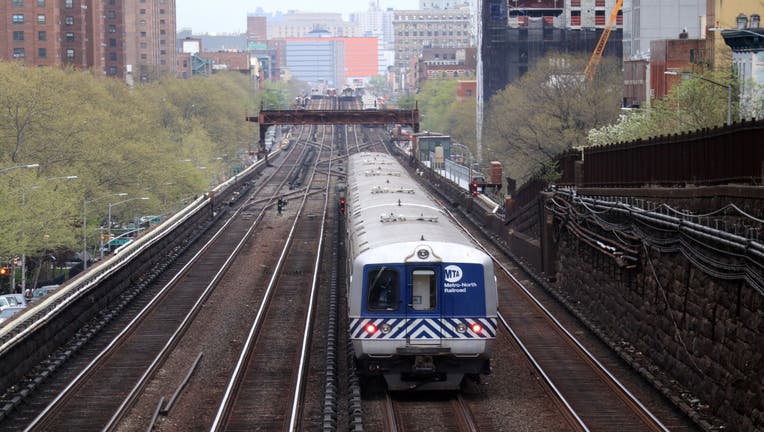 MOUNT VERNON, N.Y. - A Bronx woman is due to appear in court this week to face charges she punched a train conductor numerous times and hit her with a pumpkin.

Alexis Adams was charged for the alleged attack that occurred on a Metro-North train at about 6 p.m. on Oct. 11.

According to Metropolitan Transportation Authority police and the Westchester County district attorney’s office, the 21-year-old Adams punched the conductor after she was asked to produce a ticket and failed to do so.

Adams allegedly hit the conductor several times in the face and also hit her with the pumpkin, causing injuries that required her to get stitches.

Adams faces two charges of assault. She is scheduled to appear in Mount Vernon municipal court on Wednesday. A message was left with the DA's office seeking information on whether Adams had retained an attorney.

"Assaults like this will not be tolerated and will be prosecuted to the full extent of the law," Metro-North president Catherine Rinaldi said in a statement.

"Violent attacks on essential workers doing their jobs will not be tolerated," District Attorney Miriam Rocah said in a statement. "Metro-North Railroad conductors, like all public facing employees, have a right to feel safe in their workplace."