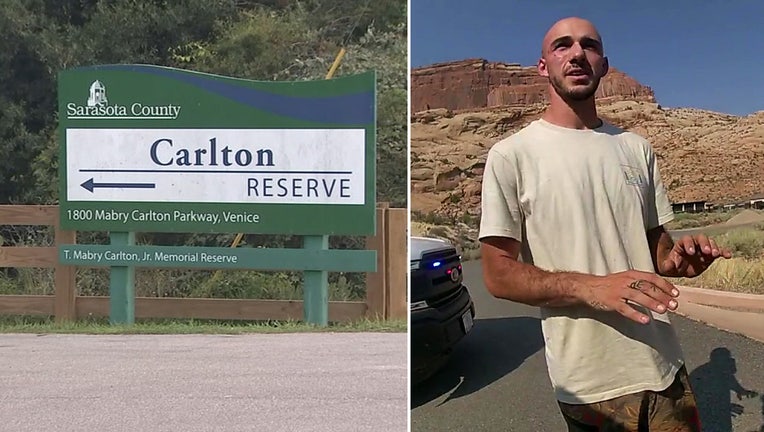 NEW YORK - The parents of a man wanted in connection with the Gabby Petito case say they don't have any idea where he is located.

They released a statement through their lawyer on Monday evening.  It said:  "Chris and Roberta Laundrie do not know where Brian is.  They are concerned about Brian and hope the FBI can locate him."

The statement from Steven P. Bertolino, the Long Island lawyer who has been issuing statements on behalf of the Laundrie family, went on to say:  "The speculation by the public and some in the press that the parents assisted Brian in leaving the family home or in avoiding arrest on a warrant that was issued after Brian had already been missing for several days is just wrong."

The Laundrie family spoke with the police on the evening of Sept. 17.  They told police that the whereabouts of their son were unknown and that they had not seen him for a few days.

The North Port Floria Police Department announced Monday morning that the FBI has officially taken the lead in the search for Laundrie.

Search efforts at the Carlton Preserve for the only person of interest in Gabby Petito's case slowed over the weekend. North Port police had been heading the search at the Carlton reserve, with help from law enforcement agencies from across the state and the FBI.

The reserve is now mainly underwater, making it difficult to find anyone or anything in the 25,000 acres.

Gabby Petito's family demands lawyer not use her photos

"I don’t think you’re going to see those large-scale types of efforts this week," Josh Taylor, spokesman for the North Port Police Department, told Fox News. "The FBI is now leading the search. I’m told, It will be scaled back and targeted based on intelligence. Hopefully, water will lower in areas hard to currently access."

People in and around Blue Point, Long Island, where Gabby Petito's family is from, have created tributes to her. (Image sources: Storyful and FOX 5 NY)