NORTH PORT, Fla. - When Brian Laundrie’s parents reported him missing in mid-September following the strangulation of his former fiancée Gabby Petito, they turned over all of the firearms in their home to the FBI – but one was missing, sources close to the investigation tell Fox News Digital.

Laundrie family attorney Steve Bertolino said Tuesday afternoon that investigators informed the parents that an autopsy had determined their son died of a self-inflicted gunshot wound to the head when he died in September.

It’s unclear whether the missing gun is the one Laundrie used to take his own life. The FBI did not immediately respond to a request for comment Tuesday.

For weeks, the bureau declined to answer questions about whether Laundrie, believed to be alive and on the run at the time, should be considered armed and dangerous. Laundrie was later revealed to have been deceased nearly the whole time.

In prior conversations, Bertolino said he also declined to comment on the firearms issue out of concern that it would create a panic or attract armed vigilantes to the Florida nature reserve where Laundrie went when he snuck out under the nose of North Port police on Sept. 13.

"We didn’t want the public going into a frenzy on that," he said. "I don’t think they considered him dangerous to anybody he met on the street."

The case of Petito and Laundrie captivated the nation for more than a month. They set off on a cross-country road trip in late spring, documenting their travels in idyllic social media posts. But on Aug. 12, police in Moab, Utah, responded to a domestic violence incident involving the couple, as Fox News Digital was first to report.

They ultimately filed no charges but split the two up for the night.

Roughly two weeks later may have been the last time anyone saw Petito alive in public, at a restaurant in Jackson, Wyoming, a few miles from where an FBI-led search recovered her remains on Sept. 19. The Teton County coroner ruled her death a homicide by strangulation.

Laundrie returned to his parents’ Florida home on Sept. 1 – driving Petito’s van. He said nothing publicly about her whereabouts, and her parents reported her missing on Sept. 11. Two days later, Laundrie snuck off and did not return home. 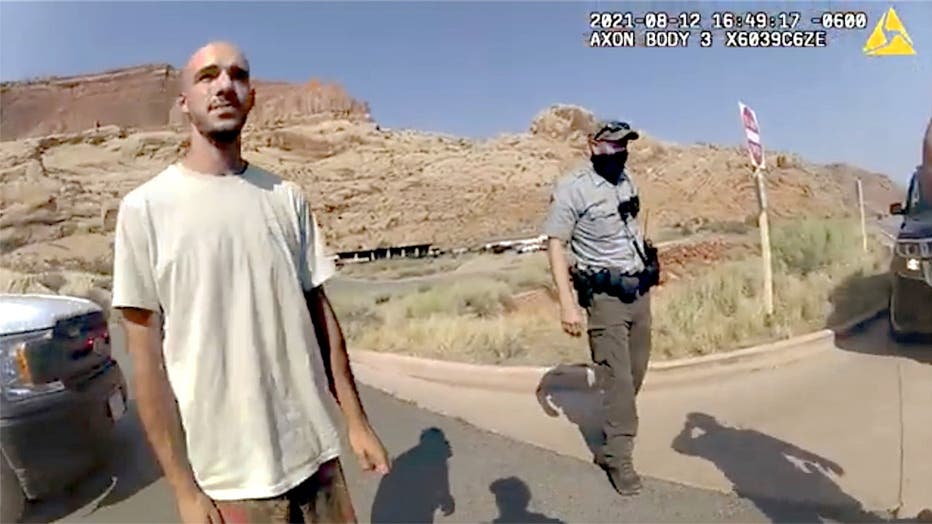 Bertolino previously said that he immediately told the FBI that his client hadn’t come home, but North Port police said they thought he was still in the house when they arrived on Sept. 17.

Bertolino said that after he told the FBI that Laundrie failed to return from the park, he had no further contact with the FBI until they told him Friday about a tip that Laundrie had been seen in Tampa.

But from Tuesday evening to Thursday, neither Laundrie’s parents nor his attorney followed up with the FBI or local authorities about their missing son’s whereabouts.

"North Port PD was under the assumption that Brian was home, and so was the FBI when they got a tip on Friday that Brian was in Tampa, and they wanted to meet with us on Friday," Bertolino said in October. "I was shocked and said, 'That's good. You found him in Tampa,' and they said, 'What do you mean? I thought he's at the house.' I said, 'No, I told you the other day he never came home.'"

North Port Police Chief Todd Garrison had said in the middle of that week that he knew exactly where Brian Laundrie was – but he was wrong.

Laundrie was the sole person of interest in Petito’s death.

Investigators found Laundrie’s partial remains and belongings in the Myakkahatchee Creek Environmental Park in North Port on Oct. 20. It’s just a 10-minute drive from his family’s home. They used dental records to confirm his identity. But a cause of death was delayed as the skeletal remains were sent to a forensic anthropologist for an in-depth examination.

Tuesday afternoon, the results were released: suicide by gunshot wound to the head.

Laundrie’s family has said they would forego a funeral and that he will be cremated.

The National Suicide Prevention Lifeline can be reached by calling 800-273-8255.

For those who don’t want to speak to a counselor, there’s also a national Crisis Text Line available 24/7 by texting "home" to 741741.