A woman who apparently couldn't take the long Mother's Day wait for food at a Pennsylvania Red Lobster got physical while trying to get inside to demand a refund after a four-hour wait for delivery.

Cathy Hill was seen shouting for her money back outside the restaurant in East York.

Video shows an employee tossing the woman out of the restaurant. She tries to force her way back inside while screaming to get her “motherf***ing” money back.

The woman then curses out two employees holding her from getting back inside while again repeating that she wants a refund.

The woman eventually reaches around a male employee and slaps the face of a female worker.

Police in Springettsbury Township responded to the restaurant and spoke to the employees involved, the York Daily Record reports.

Hill says she had ordered a Mother's Day dinner for delivery.  When it had not arrived after four hours she called the restaurant for a refund.

She says the manager told her to come to the location to get her refund.  She says when she was inside, employees started to get physical with her.  The video captured as they tossed her outside.

Hill says she is still waiting for her refund of about $87 for the food that was never delivered.

It was a bad day at several Pennsylvania Red Lobsters.  Video from the Pittsburgh area showed parking lots full of people waiting for their curbside orders.  Some people waited three hours while others never got their pre-paid meals. 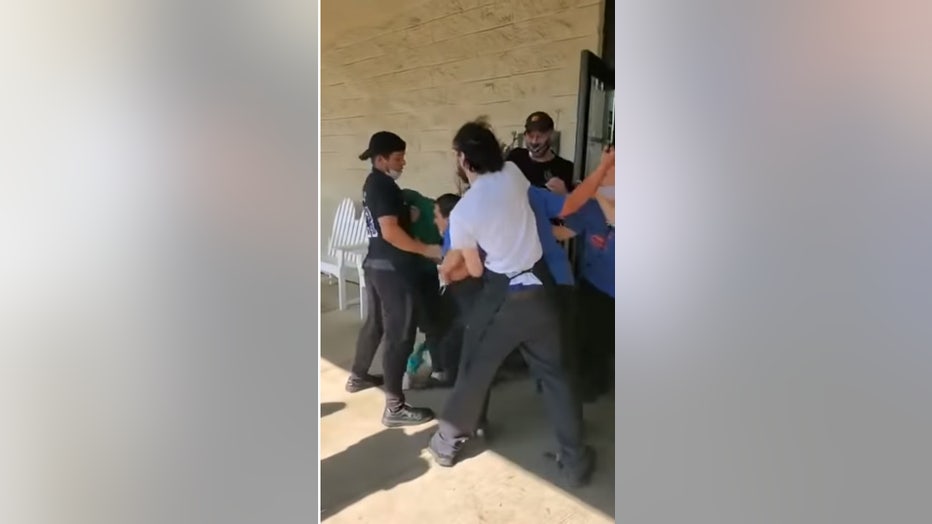