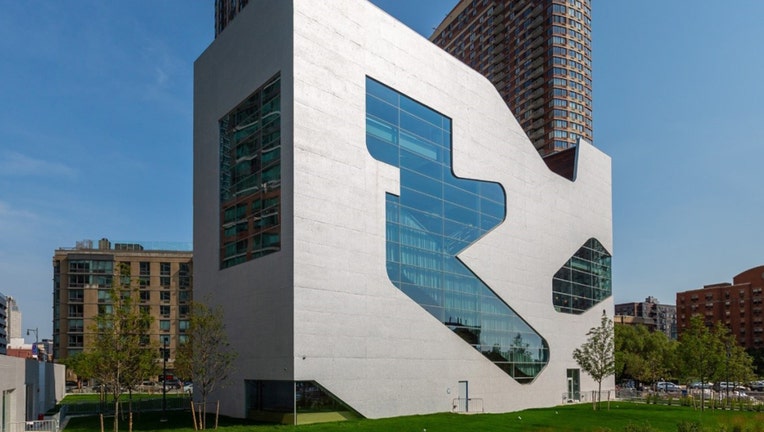 NEW YORK - A New York City woman is suing the Queens Public Library because a newly constructed branch in Long Island City that opened to much fanfare just two months ago is not fully accessible to visitors who have disabilities, according to documents filed in court this week.

Tanya Jackson, a resident of Long Island City who uses a mobility device, and the Center for Independence of the Disabled–New York say that the Hunters Point branch, which cost about $41 million and took years to build, has several design features that are not accessible to everyone, violating the Americans with Disabilities Act, or ADA.

"It is shocking to me that a brand-new public library would not be fully accessible to people with mobility disabilities like myself," Jackson said, according to a news release announcing the lawsuit. "Libraries should welcome everyone, not exclude whole populations of people."

The lawsuit alleges that the new building has three levels that are only accessible by stairs, a reading and meeting space featuring a large entry step and multi-level wooden seating, and a rooftop terrace with stair-only access, according to the complaint, which was filed in federal court in Brooklyn on Tuesday. (Read the complaint below.)

The executive director of the Center for Independence of the Disabled–New York, also known as CID-NY, pointed out that this library branch was designed and built decades after the ADA became law in 1990.

"This should not be allowed to happen," Susan Dooha, the executive director, said in a statement. "Queens Borough Public Library and the City of New York must obey the law and make this right."

The lawsuit is not seeking money. Rather, Jackson and CID-NY are asking the city to make the building fully accessible.

The Queens Public Library learned of the lawsuit on Tuesday, a spokesperson said in a statement emailed to FOX 5 NY.

"It is always the Library's goal to be welcoming, open and available to everyone, including customers with disabilities," Elisabeth de Bourbon, the library's director of communications, said in the statement. "We are taking this matter very seriously."