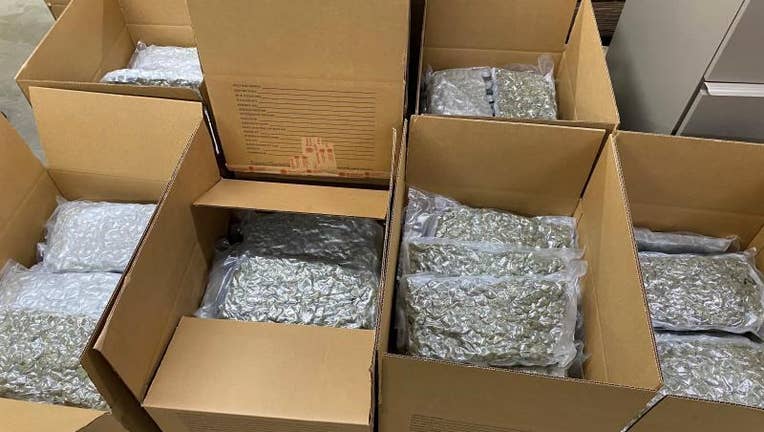 The CBP seized over a ton of marijuana at the Peace Bridge in Buffalo, NY.

NEW YORK - Over a ton of marijuana was seized by U.S. Border Patrol agents inside of a commercial shipment at the Port of Buffalo in New York on October 15.

CBP officers working at the Peace Bridge chose the shipment for further examination, and upon doing so discovered 2,145 vacuum-sealed packages of marijuana that weighed over 2,410 pounds.

The marijuana had an estimated street value of over $8M.

“Our CBP officers remain enforcement focused and driven and this latest large load marijuana seizure is proof of that”, said Port Director Jennifer De La O. “Their efforts have produced record setting results for narcotics seizures within the Buffalo Field Office exemplifying their dedication to the CBP mission.”

Authorities say that due to restrictions on travel due to the coronavirus pandemic, drug cartels are finding new, unusual ways to try and smuggle drugs.