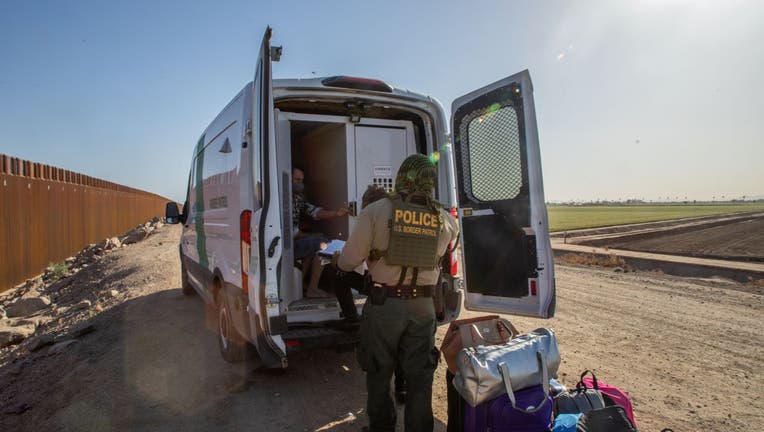 A family of asylum seekers from Colombia boards the Border Patrol Inmate transport after they turned themselves in to US Border Patrol agents. (Photo by Apu Gomes/Getty Images)

"The majority of these criminals were apprehended in our sector’s most remote areas, attempting to avoid detection by crossing far from populated areas, "said Del Rio Sector Chief Patrol Agent Austin L. Skero II. "Our agents’ sign cutting and tracking skills were instrumental in capturing these criminals, preventing them from infiltrating our communities."

Since the beginning of the 2021 Fiscal Year, Border Patrol agents in the Del Rio Sector have arrested 95 convicted sex offenders, a 3,166 percent increase over the same time frame last year.

In the month of April, Border Patrol ran into more than 178,000 border crossers – over 13,000 of them unaccompanied minors.