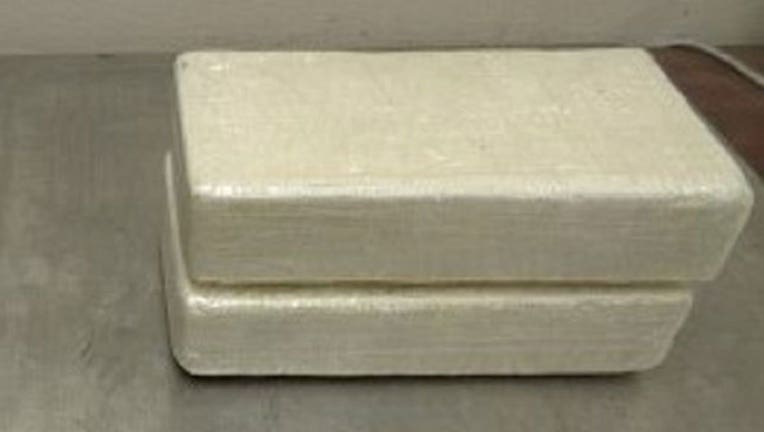 NEW YORK (FOX 5 NY) - Officers with U.S. Customs and Border Protection uncovered more than just filling when they inspected a cake a woman was trying to bring into the U.S.  They discovered it was hiding $35,000 worth of cocaine.

The cocaine weighed 4.5 pounds.  The woman was entering the country on August 11th at the Hidalgo International Bridge in Texas.

The 22-year-old woman was a United States citizen arriving from Mexico in a taxicab.  A border patrol officer stopped the three people in the cab for further inspection.

It was during the secondary examination, which included non-intrusive imaging  technology, when officers discovered two packages of alleged cocaine hidden inside the cake.  She was turned over to the custody of Homeland Security Investigations for further investigation