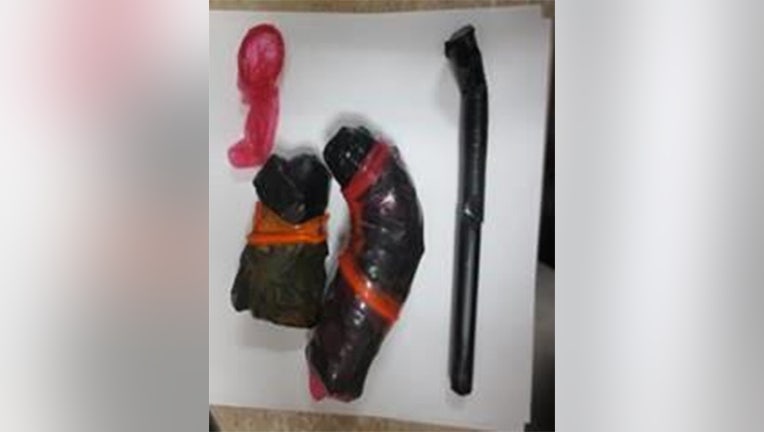 NEW YORK - U.S. Customs and Border Protection officers found more than a half-pound of methamphetamine in a woman's vaginal cavity.

It happened on Thursday in Texas.  The woman, a U.S. citizen, was trying to enter the country at a pedestrian border crossing.

The methamphetamine seizure occurred at the Paso Del Norte crossing.  The  32-year-old woman was selected for a secondary exam during which a CBP drug-sniffing dog alerted to her body.

The search resulted in the discovery of a cylindrical object partially concealed in her vaginal cavity. Two additional bundles were also recovered later. The contents of the packages tested positive for methamphetamine.

The woman was turned over to U.S. Customs and Immigration Enforcement Homeland Security Investigations agents to face charges associated with the failed smuggling attempt.

The seizure was one of 14 drug busts made by CBP officers working at ports of entry in El Paso, West Texas and New Mexico over the last seven days. During that period they seized 894 pounds of marijuana in 10 seizures, 35.7 pounds of cocaine in two busts, and 51.2 pounds of methamphetamine in a pair of seizures, authorities say.