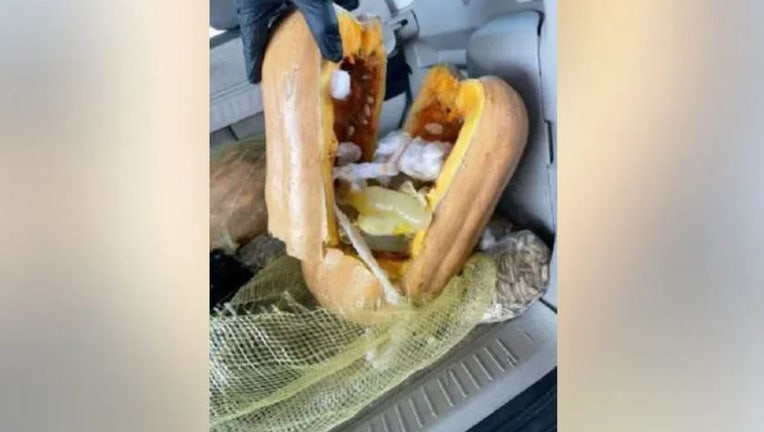 Border officers in Texas found more than $402,000 worth of liquid methamphetamine held in condoms that were hidden inside pumpkins during a vehicle inspection, authorities said.

The seizure was discovered Tuesday at the Eagle Pass Port of Entry and was among Halloween decorations inside a vehicle, U.S. Customs and Border Protection (CBP) said.

"Our frontline CBP officers have seen just about everything and this Tuesday was no exception as they encountered liquid methamphetamine hidden within pumpkins," said acting Port Director Elizabeth Garduno.

Border officers were at the Camino Real International Bridge when they encountered a 2012 Ford Escape arriving from Mexico. The driver was subsequently referred for a secondary inspection.

Upon searching the vehicle, officers found 44 pounds of liquid meth hidden within 136 condoms inside four pumpkins.

The vehicle and drugs were confiscated and the driver was arrested by the Maverick County Sheriff’s Office.